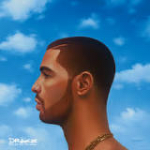 Hello You're contributing to my project or you just coincidentally put your article with the name of Kennedy War: 1963????

If you're contributing to my project, thank you :)

Recently you created an article under my TL, Carpe Diem. I'd like to state that I did not give you permission to create the article and have added it to the delete category. Please do not create articles in TL's that do not belong to you.

You didn't have to respond like that. But, because you did, I will be reporting this to an admin.

Ok then, thank you for contributing to my ATL. Any other ideas you have, leave a message in the Kennedy War: 1963 main article: http://althistory.wikia.com/wiki/Kennedy_War:_1963

Yes, I can make the page. Nuclear Vacuum edited the Kennedy War: 1963 categories, so it now looks like this: http://althistory.wikia.com/wiki/Category:Kennedy_War:_1963

Could you help me editing the UK page? I saw that you were blocked, why?

Hello, about your article of the lost brother war... While you were writing, I saw that you're not writing English as the correct way. Are you writing so quickly that you mistakenly write wrong or you are writing wrong because you don't know English that well? I don't want to keep correcting every time your English.

So you are a Korean that lives in Germany?

Ok, but in my timeline, the UK (most England) is split in various countries in 2010. Take a look at the map of this timeline: (I'm still working on it)

What kind of infobox?

Which files are you referring to?

If a file is uploaded and not used within a certain period of time, than I delete it. You can always re-upload it when you are ready to use it. -- NuclearVacuum

Thx, but I'll ask to you whenever I would like to add something.

Ok, thinking about making a kind of 100 years war in the XX century...

hey bible boyd i havent seen you for a long time

wow emilio estevez i never heard of him

Hey, it's your ATL if you want to do that, you can do. But what about my idea, would it fit in your ATL too?

Ok, then what you have in mind for your ATL?

Ok, I'll then think about what to do, would it be an acceptable idea to make a page about the ATL's Emperor of France?

Ok, but so... What about my idea of making a page in the Golden Butterflie's TL of the Emperor of France?

I thought we agreed that you are freely to edit my articles, but with a condition of telling your ideas to me first. I'm going to delete the Silver Fox page for the reason of not being in my plans and being meaningless to my ATL idea.

just refresh until you get on

Im aware but that is modern czechs. bohemia is a czecho-german state, more german then czech right now because of the ruling class. but either way i am moving onto the snaphaunce after trial and error in this war. but on another note. I am backing bohemia for the emperorship, and i request you grant me the title of imperial protector to enhance prussia's position in the empire. we would go about rotating the emperorship after, you men and burgundy. With Blood and Iron (talk) 22:27, January 11, 2017 (UTC)

It's constant inteference and implausbility. You can't just undo your bans or strikes or just ignore what I say repeatdley and the Tamil Tigers aren't even a group yet. Nor can you just take unilateral action. Come back when your a bit older and a bit wiser then we can talk. Person67 (talk) 20:03, January 19, 2017 (UTC)

So I noticed you've signed up for the map game, however there's an issue with your turn; you're expanding three provinces, but those three locations you specified are already owned by you, they're all in your starting province. Now, I can still have you expand based off of the other information, but I just thought I'd let you know in case you wanted to do something about that before the next turn starts, in.. probably around an hour from when I'm posting this. Arkius II Devesedinius Doomer Talk At Me 19:29, January 18, 2017 (UTC)

Because I misclicked while painting that map. Sorry about any confusion that might've caused, I've fixed it now. Arkius II Devesedinius Doomer Talk At Me 21:07, January 18, 2017 (UTC)

Those are prequisite pages for planned events that are yet to happen. Yours is a page of events in the future, which in your universe, have happened already, meaning your universe is in the future. For example, there are wikipedia pages for the 2020 Olympics and the 2018 FIFA World Cup, but they are only describing what is planned to happen, because these events have not happened.

If you described you NBA finals as something that is yet to happen (i.e remove the finalist teams and scores, and merely describe the structure of the competition, put it in future tense, etc), that would be okay. But as it is, with the result already determined, nope, not allowed. FPNow 10% edgier!!! 21:13, January 19, 2017 (UTC)

Well that's a start, but you also need to remove the teams in the final, and the scores of the division finals, and also the teams, and really just anything that took place or was determined after today's date. FPNow 10% edgier!!! 21:25, January 19, 2017 (UTC)
Retrieved from "https://althistory.fandom.com/wiki/User_talk:Bibleboyd316?oldid=1412106"
Community content is available under CC-BY-SA unless otherwise noted.