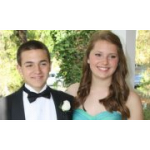 You appear to possess not the slightest idea of what Kongo is like. There is no way without pure magic that the Kongolese can possibly hope to reach Kanem, Songhay, or Mali. There is absolutely no way that you can develop healthcare at this time period to make any significant gains against Malaria, in this age centuries before bacteria are even known. Finally, you aren't even permitted to control Kongo because it had ** by this. I am sorry I did not notice earlier and no other moderator did. I am relieving you of your control of Kongo because you never were permitted to, and I am retconning all of your actions as Kongo's player because, honestly, every single thing you did was utterly ASB. LurkerLordB (Talk) 17:37, November 4, 2012 (UTC)

If you want, you can still join Principia Moderni, or any other map game. You'd just need to be more plausible and serious. Some people have a hard time staying plausible in map games (believe me, what you did pales in comparision to what some folks have tried to pull off...) so if you think you would be better off working on timelines for a while, go ahead. LurkerLordB (Talk) 01:34, November 5, 2012 (UTC)

Dude, I play in Principia Moderni as Naples, and I would like you to stay, it's just a matter of following the rules and do a little as possible, would be very good to have you here, and try to help each other. Quiari (talk) 05:06, November 5, 2012 (UTC)

Hate to be pedantic (I'm lying), but A) paramecium are protists, not bacteria, and B) you could have reached Mali without magic, if Aliens came and helped you.

ANYHOO... that's not what I came here for. If you do stay on as Kongo, I have a proposition for you. I'm planning to send a Muscovian expedition down Africa, past Ethiopia. My original intent would be to hit SOuth Africa, but I appreciate that that is not possible or plausible, that said, I do want an African partner so that when Muscovy starts sending off colonies, we have a ground to work with.

You also have something to gain here- I will lend RF help to you for the centralizaion of your empire.

Yeah, well, there are a couple of problems with that. The map game pretty much has to be one of the entire world, it's not like people will just leave them buggers alone. Also, apart from a couple of games, the map game community here is kinda stuck on PMII- and all of them are sequels or spinoffs or the like.

What do you expect? The taliban are de-facto in control and thus Israel and India attack them. The lists for every country other than USA and Russia are complete. Scandinator (talk) 10:29, December 23, 2012 (UTC)

Incase you still like the idea of Consturcted Mythology I reccomend that you look at this wiki http://creative-universes.wikia.com/wiki/Main_Page.
Retrieved from "https://althistory.fandom.com/wiki/User_talk:BrawnerWilliam?oldid=808158"
Community content is available under CC-BY-SA unless otherwise noted.