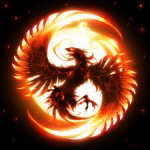 Hey Canuck? How are things? Now I remember a while ago your ask of an Pan-Chinese Summit. Now although that was not too logical - I think you could remove the reference to it, as it would make sense for you to do so lol.

Now to the main point. I saw Hubei (much better as a name ;) and I was interested in getting it over the line with you. Would you like me to work with you to help you out? Plus, you said relations were being seeked with Yunnan too. I was wondering if our two nations could come into contact in 2009? Not only would this help you, but Yunnan would see your nation and be shocked with the conditions your nations lives in. The first thing we would do would be to provide your amed forces with a large number of Type 56 assault rifles, especially with the fact that Yunnan has phased out the gun from most of its armed forces. The Type 56 is mainly a variant of the AK-47, so imagine that for your nation! You could finally fight off the persky raiders troubling your nation.

Plus, I was hoping, that by 2012 or 2013, if your nation would be interested in becoming a "special" territory of Yunnan? A territory of Yunnan is pretty much a vassal but with representatives to parliament of Yunnan. A "special" territory could be allowed to not only send representatives to Yunnan, but also have its own parliament. Plus, our armed forces would help your forces out - on rare occasions - due to the fact there is a lot of distance between our nations. Think of the benefits! We could help bring your people out of a backword era and we would also supply funds to your nation to help bring industry to your nation. Our funds would mostly arrive from the ANZC but it would still help you.

You get to keep your flag and CoA too! I really like them btw lol. XD

No problem lol. You replying is enough.

You see, Yunnan was communist. And it is not as far away as you think, although the reason it took so long for Hubei to be discovered was due to the fact that Yunnan was like North Korea, very closed off and focused on themself. Then there was a democratic rebellion and the nation is now democratic and looking to expand influence, power and alliances. They will most probably begin to form greater links with other democratic countries as well as look to sort out problems. For discovering the nation, all Yunnan would really need to do would be to travel downstream and find Hubei.

Well, the "special territory" thing kinda works more like a Federation and less like a vassalage. But if you want we could make it into like two parliaments with a main parliament in Yunnan (because it is the bigger and more populous nation) and thus make both nations into a Federation. I really do think Hubei needs this to survive. The Dragons are becoming more powerful - especially after defeating Nanchang. Plus, I think negociations would force Hubei (NPRC) to adopt a less foreboding view of themselves in regard to China - Yunnan (having more than 15 times the amount of people) could easily choose to boss them around but are instead helping them and joining in a Federation with them. The least they would expect would be for the Hubei government to be less foreboding with their stance.

In a nutshell, yep. Gansu was not going to last very long anyway, and thus after internal problems it ended up joining the PRC. Yunnan had quite a bloody civil-war but now the nation is beginning to recover rapidly and it is willing to let other states join their economic boom.

Tbh, they are not that far off - especially with the Yunnanese territories making the nation pretty close to Hubei. Yea, a transitional government would make more sense and would allow this type of thing to happen more plausibly. Hopefully this works! :D

Sorry it took so long to reply - things got hectic, and backed up in a major way. Nothing to do with you.

Asking the questions on a talk pages would be a plan.

A federation between Yunnan and Hubei is not possible.

The Florida Keys suffered a hit on Key West, which when combined with other fallout from Havana, left the chain basically uninhabited.

Today, whatever is left would be part of South Florida, as of late a member of the Republic of Florida.

Forgive me for the delayed response.

I have no problems with you using these guidelines as a template. Feel free to use them.

Let me know if you need any more help. -- NuclearVacuum

I know little about using tablets to edit Wikis, so I'm not too sure how useful I can be. However, I do believe Wikia has tools which can allow you to make templates on the fly. Feel free to check them out.

If there's anything else I can help out with, feel free to let me know. -- NuclearVacuum

Hey there, Canuck2012! Nice to meet you, and thanks for introducing yourself! I am indeed working on revitalizing 1983: Doomsday, but I'm not the only one, it's a team effort. Glad to have you on that team! :) I'm relatively new here myself, but let me know if you ever want to bounce any ideas off me. GryffindorKrypton (talk) 22:12, May 26, 2020 (UTC)GryffindorKrypton
Retrieved from "https://althistory.fandom.com/wiki/User_talk:Canuck2012?oldid=1740560"
Community content is available under CC-BY-SA unless otherwise noted.