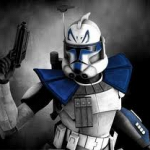 Belgium lost the Congo following WW1 its not your colony anymore. hasnt been for years.

just go to bar on the right and click join chat or start a chat.

It is painfully obvious that you were doing all of those little edits on the 2nd to up your post count. None of them were even constructive.

Don't do it again.

YES SIR I WILL DO WHAT YOU SAY SIR, ROGER THAT SIR, YES SIR...

Dude check this game out. I need your help with nations and maps to add them to the game so people can join in. Ok.http://althistory.wikia.com/wiki/Race_Into_Space_(Map_Game)

ooops, sorry it was a mistake... still trying to fix problems!

Hey can i be co-creator now? I made you the footnotes thingy. I spent almost an hour getting it right!

You were lucky enough that I didn't give you a warning for again, without my permission saying you great adviser! Plus you can't be a co-creater, you didn't create, thought of the game! ( i told you that even if you do alot of edits, doesn't mean you are a co-creator!) Captainjohnrex (talk) 13:56, November 21, 2013 (UTC)

hey it is already 10 so croak world should start

Can you do my Algorithm?

I only put my name to one of them!

Hey John I am so sorry about the things that happened today. I was just angry because I thought that the game was too ASB and that the Louisiana did belong to France and I was tired and sick of James launching invasions on 5 countries per year and conquering the world. Also, this is not 1700 anymore and Spain is not a dominant power. The dominant powers are France and Britain, and while Britain is powerful, your map shows the French having next to no colonies and I thought something were wrong then. I understand that historical maps are hard to find and I was lucky to find one for Colonial World, but don’t take this personally. I understand that you have been trying to make the map better for a long time, but making a map is hard and sometimes different sources say different things and if you are just drawing the lines on Paint, it must be flawed. Indeed, one reason Sine didn’t want to play is that he said something about the maps being wrong. And people really do care about the damn maps because, well, these are “Map” games. Please let me become the Great Adviser, a mapmaker, and let me join again. Can you also delete the thing where I said I wouldn’t play anymore? I hope that you can forget what happened today, and we can be friends again, both in real life and in althistory.

Your most beloved friend,

Don't Mess With Me, I'm Captain Rex (Talk to Me)

no Don't Mess With Me, I'm Captain Rex (Talk to Me)

I honestly did not see that France was taken! I am sorry about that, and I will change nations. Thank u for bringing that to my attention, and my apologies. Daeseunglim (talk) 03:05, November 29, 2013 (UTC)

When you add your sig to pages, you don't need to put 'template'. That adds the category 'templates' to the page. Please don't put Template.

I have now changed myself to be the Netherlands, and I have kicked the Marxist out of Netherlands because I have seen that he has got many warnings and have not even played that country at all. He has never even done anything to your game but destroy. So therefor, I am now the Nethlands, it is better than the Holy Roman Empire anyways, so I am happy, and I joined the ACU by the way.Chinese striker (talk) 03:17, December 7, 2013 (UTC)

Thankyou!! :) I wil choose my country when I am not busy this week. I sthere a page that has a list of countries avalable if so could you link it or tell me where to go or something (as this is my first map game).

I have chosen to play as the netherlands would this mean that my government is in exile in my colony?

Then I can play as your colony or is that not allowed?

I want in the croaked world. whats free?

I would like to get in on the croaked world, but I don't know whats free. What is free? I want to use Ireland, but I not sure. can I?

Moderator for The Croaked World

Can I be a mod for the Croaked World, I understand that you could think to say no because of my editcount, but I would really like to be a mod for this map game. I post almost every turn and have also many ideas for events.

You are a MOD in my PM III game and i wanted to ask if it is possible to start training spies without getting callled ABS? Flownder10 12:16, February 13, 2014 (UTC) Mecklenburg

http://althistory.wikia.com/wiki/Principia_Moderni_III_(Map_Game) this is the link to my game and i am not a puppet of anyone i make my own turns but i am heavily reliant on Austria's and Novgorod's aid so i always help them however i can Flownder10 22:49, February 13, 2014 (UTC) I am Mecklenburg

Your articles are still there, just renamed properly. Look in the category.

Don't remake them with the wrong names.

Bull. Not a single thing has been "deleted." It has been MOVED to the correct page, several times now. And I just did it again.

1968 start score page before anyone posted...

Hello! I am Reximus55, founder and facilitator of the Centrist Party. I am contacting you to let you know that you the Government Simulation Elections are today! Go here: User blog:Mscoree/June Election to vote.

I do not want to tell you how to vote, but if you'd like to stand for all the things that make this wiki great, leave a comment under Ms' comment saying

If you have any questions, please catch me on chat or drop a message on my Talk Page.

I know it doesn't meant a lot to you, but every vote counts

You can definitely also make maps.

P.S. If you are interested in fending off Russia and Britain, do you want to be associated with the Triple Alliance?

Send you a good offer about a possible alliance.Check the game.

Please sign on the treaty page and leave your proposal for a capital there. Andreas.martonosy (talk) 01:25, September 5, 2015 (UTC)

The word is propAganda - not propOganda.

Hey gg, for the army forces page, i minus in the economy in both the year of the armistics and on, but you didn't add my economy for those years, every single year after the war, including the year the armistic is signed, I have been recovering my economy, and those should be counted to, or shouldn't go to vain

oh yeah, and and Ottoman rebellions 2 years in a row, remember that

lastly, with the US, I believe we have provided better reasons why there are no rebellions whereas US just keeps saying there are rebellions, so I think we should win the argument.

Just remember, add my economy and also, I expanded in America and Africa 2 years in a row again, so just keep that in mind when you change the map.

"You ARE banned" is correct

Not "you IS banned".

For the map rditor, I envision each map differently, and I can't leave this to anyone else.

As for the events, there's already several mods for that. Assuming you mean mod-controlled states' actions. Nicktc 00:39, October 9, 2015 (UTC)

Play as Japan in SI

Hello, there. You are more than welcome to play as Japan in Southern Independence, since you have the required amount of edits. You do not need to ask to play as a nation, simply put your signature next to the nation you desire to play. Thanks!