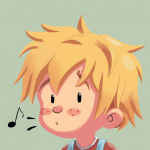 In case you haven't noticed, RWG created the game to make the French side win. Ask him. Ask LurkerLordB. Ask anyone else who palys the game. If you don't want the game to go as planned. don't play. I am still apalled that you have a hard time understanding the point of the game.

You overreacted to this situation. You did not need to declare someone to be on a "blacklist" because you did not understand the point of their game. True, his message on your talk page was an overreaction on his part, but it was definately not "spam". There was no reason to falsely accuse someone of being a spammer, though I seem to remember that you have a history of false accusations against people you dislike. Talk page messages generally should not be deleted (unless they are being moved to an archive), as it distorts the record of what happened on the wiki. Unless it is utter spam, or some sort of map game diplomacy that should be hidden, it shouldn't be removed, especially when it is the middle of some giant controversy that you are calling the administration in to deal with. Scrawland overreacted in this as well. LurkerLordB (Talk) 15:34, July 23, 2012 (UTC)

I had asked to join the Greater Europe Map Game. I don't like to bother you but would you mind telling me whether or not I can join? Thanks very much! Our Brave Old World (talk) 22:21, July 25, 2012 (UTC)

Hey Doctor, firstly you can pick a colour now. Secondly the HRE is uniting against other nations. I'm not sure whether or not to join them... They are too expansionist to my feel. Scandinator (talk) 01:10, July 28, 2012 (UTC)

Hey, I'm sorry but I'm going to be away for a week from monday to monday. So that means I won't be able to look after France. Is this alright? And so sorry about Unknown Landmass, I've been kind of busy recently and have barely had time to update GE. I'll help when I get back!

hey,doctor i made a game based off your Unknown landmass, when you read this message and answer it, i'll add your name as the creator or inspiration of the idea to my version A Great World (Map Game), Please answer asap

hey,doctor i made a game based off your Unknown landmass, when you read this message and answer it, i'll add your name as the creator or inspiration of the idea to my version A Great World (Map Game), Please answer asap

I deleted your DeanSims blog, and I would have deleted it sooner had I seen it sooner. We do not need whole pages created for the sole purpose of taunting banned users. Your private vendetta against DeamSims needs to end. Further actions of that nature against DeanSims, or anyone, will be counted as harassment (a problem you've had in the past).

Also, there is no reason to preemptively ban people from map games even if they have never played them either. LurkerLordB (Talk) 21:51, August 12, 2012 (UTC)

Hey friend, I advise you do not accept the alliance with Venice, they took your exit from the Adriatic sea and created the puppet state of Croatia, is trying to conquer the Balkans and leave you with no way out, Naples advises you not to enter into direct partnerships with that country, and instead accept the formal alliance of Naples, we try to maintain balance in the Balkans. Quiari (talk) 05:36, October 6, 2012 (UTC)

LOLOL. Naples is stupid. Hungary attacked Venice in 1455 and with the HRE we drove you guys out. I'm not trying to conquer the Balkans, however Naples is moving into Montenegro and Serbia and was threatening Albania too. The Neopolitians have in fact seized Serbia from the cousin of Emperor Ektor of Byzantium. If you would help us drive the Neopolitians out we would help you beat the crap out of the Ottomans and regain Hungarian territory. Also should Naples interfere with the Adriatic much more, the entire force of the Venetian navy will take EVERY island Naples owns and destroy you economically. We have merchants in every nation waiting to strike markets... and economies... Scandinator (talk) 07:55, October 6, 2012 (UTC)

Hey, hey, hey -- Whenever you talk about someone OOCly, make sure to talk about them while tolerating them :P I have printed a lot of reference to myself to use and have most of the interesting stuff written down about every nations' turns and stuff =D You guys should not be that aggressive to each other - the main target are infidels. Doctor261 (Talk to me!) 08:22, October 6, 2012 (UTC)

Hello Doctor. I am the head of the Wings of Unity project on the Ace Combat Fanon. Right now we are trying to promote the fanon site and one of the ways we are planing on doing this is by creating map games on the wiki (I assume that this is okay). Though right now the map is not ready yet and I was looking for someone on this site to help us with the map game. After looking around (For about 10 minutes or so...) I thought you would be a good choice to help us with the map game on the Fanon. I would appreciate any help you could give me on this (I've looked at the map games page already and have been following a map game on this site.) We've delayed the actual start of the game as I believe that we are not ready for this and only 3 people are in on this right now... The Ace of Razgriz (talk) 15:59, October 22, 2012 (UTC)

Hey Doc, can you lift the ban on me from your map games? Its been a very long time since then and ive been doing my game smuch differently for the past few months. DS|Fear the Mutated Dean Sims Bomb, Fear It 12:11, April 17, 2013 (UTC)

Im in class and dont have webskype :/ sorry. But basically the United States constiution convention fails and the US falls into 5 new nations.The game is in 1793 and i ave a back story for it so it will be able to function. Im not going to be a major nation, i want to be the Georgians, which is weak as of now so i cant colonize. DS|Fear the Mutated Dean Sims Bomb, Fear It 12:22, April 17, 2013 (UTC)

Can you do it? Can you make the picture? :L

Hello Can I Play I want To Play As France

Retrieved from "https://althistory.fandom.com/wiki/User_talk:Doctor261?oldid=1021439"
Community content is available under CC-BY-SA unless otherwise noted.