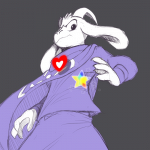 Please try not to let this happen again. Please do not re-upload this file. Do not remove this message from your talk page. Disciplinary actions will be taken if duplications continue. Thank you. -- NuclearVacuum

You have recently uploaded a second duplicate file onto this site.

Be aware that you've been given previous warning about duplications, as well as tips to prevent this. Any additional duplications will result in a temporary suspension of your account. Please try not to let this happen again. Thank you. -- NuclearVacuum

You have now uploaded a third duplication onto the site.

You have been given ample warning over the past week. Your account will now be suspended for a week. Any additional duplications following this will result in longer suspensions. -- NuclearVacuum

You have now uploaded a fourth duplicate file onto this site.

Please read the very first comment you received from me, as you don't seem to understand what duplications are at this point. These files already exist on this site, and you can't simply re-upload new ones of the same file. I also gave you tips on how to avoid doing this as simply as possible.

Now you will be suspended for two weeks. The next duplication of this will be a month, followed my more months, until you are permanently blocked from the site. Please try and take this seriously instead of ignoring these messages. Hope these two weeks help you out with that. -- NuclearVacuum

AFAIK Impo isn't the sole owner of that article- furthermore, he's on a temporary hiatus. Ask Lordganon, he'll give you a definitive answer.

Overall, you have actually failed to follow the adoption protocols.

That, combined with you lack of history with the timeline plus all of the warnings/blocks, means a "no."

Suggestion would be for you to make a new article of your own, to figure things out, or find one of the ones up for adoption and work on them.

Hello. I am the caretaker of the article and I have amny plans for the article. I will have to respectfully decline your offer I am afraid.

If you still want to do an animation studio in the 1983 i may suggest the  brazilain commpaiens Maurício de Souza Produções Cinematográficas  and Start Desenhos Animados. Lord Gannon belives that Maurício de Sousa old made comic books but acording to Intenet movie database he did  driect a few moive based on his comics including PRINCESA E O ROBO and As Aventuras da Turma da Mônica

You have recently uploaded more duplications onto this site.

Despite it being almost a year since your last duplication, this will not be a warning since you have been warned and blocked multiple times. Your account will be suspended for a month. If you continue to duplicate following this suspension, it will be two months. -- NuclearVacuum

I will be in Chicago this weekend, and I will have limited access to computers. I should be able to take the turns, but do not remove me from Portugal.

I see you are a mod and France's player for the game. Can you please respond to my offers regarding Lousiana?

Greetings, I would like to join the game treaty of amiens if possible, I read that to join I had to just put the name next to the country I wanted to be. But I saw that someone was interested to choose Spain (the nation I would like to choose), I think he was the player from Portugal (the nation in-game). Would it be ok if I still choose Spain? Will I join this at the current turn? or wait for the next one? Any tips for a starter?

Thanks for your time

G'day, Dreamcaster! I'm Tim, and I'm the creator of the Let's Kill Hitler timeline. I'd be interested in joining your Amiens map game as the Tokugawa Shogunate. Sounds like fun! Hope I'll be able to join the party! Thanks! ―The Tim Man (Infinite Histories • Galactic Crucibles • The Sims Wiki • AltHistory • Contribs) 08:27, May 21, 2015 (UTC)

Hello Dream, whenever you can, I'm in need of  RNG for Spain, thanks!

I would recommend inviting Edge to be a mod yet again, Ioshua or this Tim Man also seem suitable. I also ask that you try to moderate between Rimp and I, and I fear that punitive measures against him many eventually need to be taken, he's very reluctant to abide by mod-law.

Also, I think the algo should be touched upa a bit, I would recommend asking other players what they think of it. Daxus the Harbinger of Lameness (talk)

I think that during the Treaty ofEl Escorial Erizium mentioned that the United States abolished slavery all ready in a peaceful manner. I didn't notice if he did do this, but I think it may be implausible. Should we inform Erizium of a retcon? Daxus the Harbinger of Lameness (talk) 07:34, May 24, 2015 (UTC)

Well if its implausible I'll accept a retcon provided that you can prove it was. What I meant by my turn in 1802.5 is that this generation of slaves will remain as slaves until they die, but their descendants will be free people. Slave owners were also offered relatively large cash rewards if they freed all their current slaves. (I just look at any post regarding this map game and by chance I found this :D ) Erizium (talk) 11:07, May 24, 2015 (UTC)

Request for moderator on ToA

Hi Dreamcaster. I would like to volunteer for moderator on the Treaty of Amiens map game. I have the ability to remain civilised in heated arguments and as such I will be able to make for an excellent moderator in arguments and maintain civility and prevent disruption to the flow of the game. Also, I can respond quickly to other players wishing for mod responses and RNG's and such. I am an honest player, and I will never abuse my powers for my personal benefit. Thank you. ―The Tim Man (Infinite Histories • Galactic Crucibles • The Sims Wiki • AltHistory • Contribs) 23:12, May 30, 2015 (UTC)

hey dream, is it okay if i switch from Denmark-Norway to the UK? i will continue to post as Denmark-Norway until you confirm it is okay that i change nations. thanks, Agent Fires 01:57, June 1, 2015 (UTC)

I know I told you we should invade, but this war has escalted way to much and is out of control. I propoused a solution for peace where we simply normalize relations with the UGK and call it quits. I would like it if you supported this. Sorry again for draggin you into this. #PraiseRoosevelt. 02:23, June 1, 2015 (UTC)

I noticed you wrote in 1889 that "The expedition fleet arrives in Australia, along its journey the navy have discovered and claimed many islands in the region (French Polynesia, Pitcairn islands, Easter islands and Kiribati)." Just so you know the majority of those regions were already owned and inhabited, so you can't just claim them. I am unsure about Pitcairn or Easter Island, but French Polynesia and Kiribati has been owned by the Dutch for over a century, something that is confirmed in a few recent treaties. I'm willing to make a compromise in this regard, but not when century old colonies that are even colored on the map are randomly claimed. Any islands that aren't already owned, probably some of Polynesia near Tahiti, you can have, however the majority of Polynesia, Samoa, Vanuatu, Tuvalu, Kiribati, and Nauru are already owned for sure. Fritzmet (talk) 13:50, June 13, 2015 (UTC)
Retrieved from "https://althistory.fandom.com/wiki/User_talk:Dreamcaster1?oldid=1179896"
Community content is available under CC-BY-SA unless otherwise noted.