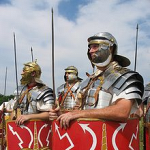 I just wanted to make sure that you understand by taking Chile, you do have to act within accordence of the UR. Essientially their views are the same as Argentina's.... if i ever see anything that conflicts i will message you. G greg e (talk) 16:22, April 16, 2013 (UTC)

If you are not comfortable with this organizational - vassell relationship, feel free to select another country. G greg e (talk)

Hello, Welcome to the game. For editing, I would advise scrolling down to the section you wish to edit, clicking edit next to the sub editor, and then change the editor mode in the top right to source mode. As for a little background about the UR, there is a page about the URs history in the game. The UR is a UK style run unitary republic. But the government is more like the federal -state relationship of the United States when it comes to laws. In 1973 Argentina and Chile joined in this Union, added Uruguay and the Falklands a year latter, and created the two dependencies of Antartida and Magallanes to conduct and enforce their claimed on Antarctica. Also when it comes to refugees entering the country. We need to keep the UR clear of infection, that is the priority. Also we are gearing our resources to the research side of production. If you wish to build up a military, please consider the navy as we could establish many bases in the Pacific Islands. Another tip, the more detail you include in your post the more fun it is for everyone! Best Regards G greg e (talk) Also, you have a communist faction in the very northern reaches and in bordering bolivia (this will be dealt with by the UR, but feel free to send your own military to speed up the process). G greg e (talk)

Hey when you are building your page, please do not copy from wikipedia. Also just post a summory on the UR page and create your own page for Chile to share your countries history. Entitle that page Chile "(Night of the Living Alternate History Map Game)". Also you can only post once per turn. G greg e (talk)

Any trade agreements are with the entire UR not just you. Local (talk)

Ask G greg e, I don't see why not but it might alienate the USA and people, also they are quite powerful Local (talk)

The UR (including chile) doesn't have enough resources or scientific knowledge for making a satillite yet, if I where you I would just invest in hackers,and if you need a orbital cannon just nick the floridian one. Local (talk)

In addition, Florida and the USA are helping us with our own space program, so a little bit of patience and we will have a space program, however, we can only fund so much military and research each turn, so expansion in both these needs to be plausible. A space station is alreadly being established on the Falklands. Also what is formaly known as Chilean Antartic Territory has been merged with former Bristish - Falkland Dependencies, Argentine, and  Chilean claims and is a dependency of the UR, so please remove your post under the nations page G greg e (talk)

Next turn is up Local (talk)

The UR would not be invaiding Brazil, but rather liberating it from the zombie hoard. Also Chile will not be a  large nation nor a nation with a lot of military think OTL reputation and neautrality. This may not be the right nation for you to play if that is the style you like. In fact, they may be better off as research and raw minerals state as they are in OTL, im not trying to be rude, but i advise that you look at the editing help article as well as the rules for the Map games you have joined G greg e (talk)

Are you going to post on Night of the Living Alternate History? Local (talk)

Jesus, roman give the murderer a longer sentence than that, even if you do let him escape Local (talk)

I just looked at the plan, and you aren't utilising the fact that we have occupied the main square of the Bolivian Capital City. Local (talk)

Why did you try and destroy my stuff? I didn't attack you. Also, how did you get to Canada? its a very implausable post. Local (talk)

The Nazis were in disarray, the stuff was in a SECRET location and you had no idea I made them. The Post was inplausable. Fact. Also one faction wouldn't have enough power to do that, I'm a huge nation, and you are faction in a fractured one. Just don't try it, also the prison with the scientists is also SECRET, and no-one know Canada has the scientists. Just pick a more powerful Nation, the Nazi factions are all really weak, except rommels. Local (talk)

There is no way you can get the Planes or Scientists now :-)

Are you still here? Local (talk)

Your last two posts on Night of the Living Alternate History (Map Game) have resulted in a coding error, and I had to revert them. Please try posting your turn in source mode, as I think that helps to prevent things like this. Thanks, Mscoree (talk) 22:15, April 17, 2013 (UTC)

Battle of the North

This is a message from Edboy452 from the map game (aka Turkey). I did your algorithm, it's currently on the talk page of the Map Game. Here you go: http://althistory.wikia.com/wiki/Talk:Night_of_the_Living_Alternate_History_(Map_Game).

P.S: I wouldn't start another battle because you would take more casualties and over the time your stability will go down. Thus making you more of a target in the mod events. I would only go back to a battle if you asked the rest of the UR to help you in military aid and give you supplies.

Would Mexico be okay for what? To play as? They're basically destroyed with their government shut in Yucatan, and the last of their loyal citizens holed up in small strongholds in the south. Mscoree (talk) 15:12, April 21, 2013 (UTC)

I'm sorry, but you haven't actually played at all. You've been kicked for inactivity. If you really feel like playing, you can put your name up again. Jontiben (talk) 10:46, May 5, 2013 (UTC)

I think you would really like this wiki, I can't put a hyperlink in, just click the link to my profile page here: Local and then click on the link to Map Games Wiki on the section 'my favorite wikis' Local (talk) 18:39, April 22, 2013 (UTC)

A message from Chan Santa Cruz to Mexico.

Greetings, from the Halac Uinich of the Sovereign State of Chan Santa Cruz, by right of blood Ajaw of Coba, and by the will of the people Ajaw-Elect of the Maya. We recognise your right to rule all land that has never been peopled by the Maya, but assert our right to self determination. Therefore we suggest that, to avoid a major diplomatic incident, and a long and costly war, you recognise our right to all historic Maya lands, up to and including Coatzacoalcos on the Gulf of Mexico and Salina Cruz on the Pacific. It is our wish that this matter be settled peacfuly, but we will go to war if threatened. We will offer an alliance by way of consolation for the territory lost, and will drop fees for using our ports.

Please change your signature, it is so annoying, and you can't even spell Praetorian correctly Mafia (talk)

New Turn on States of America

Hey, in states of America, youve just become the FSA as the states of Pennsylvania, Maryland, Deleware and New Jeresy just joined u

I removed your name from Germany because I am not quite sure you are ready to play a nation of that size and importance just yet. Feel free to pick any other nation it is just Germany is just so important I think you need a bit more expirence. Person67 (talk) 10:09, April 5, 2016 (UTC)

I looked about and I feel Germany is maybe to big this time. Give somewhere a little less big a go. There are a lot of good nations still left in all continents. Person67 (talk) 10:25, April 5, 2016 (UTC)

You can declare indepdence whenever you want the British will probably crack down though. You can do whatever you want unless the British stop you. It all really depends on the player and what he wants to do. Person67 (talk) 11:06, April 5, 2016 (UTC)

Hey, I saw you tried to sign up to the Ninety-Five Theses map game, but, as you may have gathered, unfortunately that game ripped in peace a few weeks ago. There is currently another map game called Emancipation which has just started and is looking for players, I'm sure they'd welcome you. Just a heads up. FP(Now 10% edgier!!!) 15:30, April 5, 2016 (UTC)

Greetings. Recently, you have uploaded a file on this site that is a duplication of another. Please keep in mind that many of the files found across Wikimedia have also been uploaded to this site — all under the same names and types. These files can easily be found by searching for the file's name in the search bar. If you are using the "visual" mode for editing and uploading, please be advised that you will be required to use underscores (_) instead of spaces when searching for a file (e.g., "Flag_of_Canada.svg" and not "Flag of Canada.svg" [do not forget to add the file type within the name]). In the event that the file you require is not already uploaded to this site, it would be very appreciated that you upload the standard file used on Wikimedia as a courtesy to current and future users.

Is this whr u leave it idek. Lol i tried changin=g your signature but i dont k how to use that wiki thingy script so didnt work

Just letting you know that you have uploaded two more duplications onto this site. As mentioned to you a previous message, this is not allowed.

Be advised that a third duplication will now result in the automatic suspension of your account for one week. Do try not to let this happen again. Thank you. -- NuclearVacuum

I understand the confusion. However, you need to search for any desired file using the exact file name. No key words or no general searches, the entire file name. So you were to search for "Seal_of_New York.svg" and not "seal of New York" or the like. I do hope this helps. Please let me know if you still have issues. -- NuclearVacuum

Cross and Crescent has begun!

Being your rival, France, I felt inclined to notify you that C&C has begun: http://althistory.wikia.com/wiki/Cross_and_Crescent_(Map_Game)#1200

Sorry, I won the RNG.

http://imgur.com/EgMHiI6 (screenshot of the RNG)

Get in again please, i have bad connection, didn't managed to tell you what i wanted.

Stay for a while we were discussing things.

Didn't managed to tell you everything i wanted, can you make a stable connection or something? You keep going on and off...

We really need to talk again. Its super crucial, in fact our survival depends on this.

We didn't got the chance to speak Get in on discord or something, since chat here is just louzy. ~Bear

So the final battle in SSS has started, we need to talk its now or never. BearCav
Retrieved from "https://althistory.fandom.com/wiki/User_talk:Emperor_Romanus?oldid=1445224"
Community content is available under CC-BY-SA unless otherwise noted.