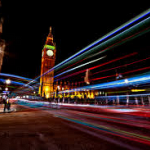 Hi, welcome to Alternative History! Thanks for your edit to the The New World Axis page.

Please leave a message on my talk page if I can help with anything! Scrawland Scribblescratch (talk) 02:10, January 26, 2015 (UTC)

HI Erizium, welcome to the wiki. You asked me about how to make maps for your timeline. I typically use MS Paint because that's the only thing I have. For high quality and professional looking maps, there are a number of free tools you can download, like GIMP and Inkscape. If you have money I guess you could get things like Illustrator and whatnot. I normally use the maps found here and edit them to fit my timeline. Have fun and good luck.

Greetings. Recently, you have uploaded a file on this site that is a duplication of another. Please keep in mind that many of the files found across Wikimedia have also been uploaded to this site — all under the same names and types. These files can easily be found by searching for the file's name in the search bar. If you are using the "visual" mode for editing and uploading, please be advised that you will be required to use underscores (_) instead of spaces when searching for a file (e.g., "Flag_of_Canada.svg" and not "Flag of Canada.svg"). In the event that the file you require is not already uploaded to this site, it would be very appreciated that you upload the standard file used on Wikimedia as a courtesy to current and future users.

Please don't forget to sign your posts on talk pages, it makes it easier to know who is saying what, lol.

I'm fine for an economic agreement within the Black Sea area, let me know if you have other ideas.

Seeing as how Hamburg is preoccupied defending Belize, I was wondering if you would be interested in apropriating some of his territories in SE Asia. You would have the full support of Borealia and Mexeca to aid you.

Sadly I'm already on a war with Burma (which has no player, I think) And Ayutthaya does not have the capabilities to invade Hamburg territories, even with foreign support

You have my permission to use the war table from my Bellum Mundum page, as long as none of the flags are used. I appreciate you asking permission before using the template, although it's been so long that I cannot remember where the idea for that table came from.

Thanks. I guarantee none of your flags will be used

G'day Erizium! Thanks for agreeing to lend me a hand in fighting those pesky daimyo XD

Anyway, you can easily find a map of the Senkaku Islands on its Wikipedia page! You'll find maps of both the islands in detail and its general location between Taiwan and Japan. Akao-tō is OTL Taishō-tō (or Chiwei Yü in Chinese). I'm not sure what use you'll find out of the island, but enjoy! ;) ―The Tim Man (Infinite Histories • Galactic Crucibles • The Sims Wiki • AltHistory • Contribs) 16:03, May 27, 2015 (UTC)

Hey, is it possible if we coordinate our turns somehow so that we can more effectively fight the daimyo? ―The Tim Man (Infinite Histories • Galactic Crucibles • The Sims Wiki • AltHistory • Contribs) 03:53, May 28, 2015 (UTC)

If required, I can provide an escort of Red Seal Ships to guide the ironclad and its cargo from Senkaku onward. ―The Tim Man (Infinite Histories • Galactic Crucibles • The Sims Wiki • AltHistory • Contribs) 12:55, May 28, 2015 (UTC)

Discussions are now open for the Treaty of Sapporo, which would end the war. ―The Tim Man (Infinite Histories • Galactic Crucibles • The Sims Wiki • AltHistory • Contribs) 02:58, May 29, 2015 (UTC)

I know a while ago I said you couldn't play as Japan. However, you've been fine on the Treaty of Amiens and we need the better countries to be filled. THerefore, you can be Japan if you want (or any other bold country).

About us and China in The Global War Map Game

Hey..it's facist russia, We don't want your land. Nethier china's land. So why not we be friends with china, Like an Alliance Triangle. WE mean no harm. So if so, maybe we can be friends? I promise I won't steal any land from you guys. So why not we be like BFFS? We can stop conflicts and have power.

If you want some land

Hope we can be friends.

Just a reminder that the Battle of Britain Map Game will begin on Wednesday 22nd July 2015.

I just wanted to remind you that The Ashes of Rome Map Game begins tomorrow, August 1 (or today, depending on where you live) at 22:00 UTC.

I want to talk to you abou peace talk to me in chat.

hey, would you care to invade the goths next turn, before they get to powerful? you could take most of italy, and prevent the goths from attacking you.

I saw you signed up for China. China is an underlined country, which has some restrictions. I'm fine with you being China if you agree to be active on chat when the game occurs, or if you reply a lot to diplomacy in the game and on your talk page.

Give me Liaoning or all your Manchus. Or just your Manchus (there's ten million of them). I'll end participation in Japanese/French conquest of China and sign a non-aggression pact with you, lasting two decades. ~There was a candy, and it said, "Bruh, I'm coming for you, nigga. Oi, g'day mate you wanna mate?" ( ͡° ͜ʖ ͡°)

Hi, in the New World Order, you are Japan (under American occupation). I am the Republic of China. Do you want to help me destroy the communists?

Do u want an alliance, I'm South Appalachian.

So i was wondering, Since japan is well on the mend and you have more to gain being a Japanese Tributary (this would include me helping you gain more territory on the islands proper.) i sent you a diplomacy and we can hammer out the specifics but id be very interested. The Wings of Freedom #FP

China would not be happy with an invasion at all but has more or less given me total control and free reign in the Pacific which considering im the one colonizing Taiwan right now i dont think Kaori (the China player) is going to mind my position in the Philippines. As it stands an invasion of two of their tributaries might not be a good idea but i also have no idea what those two tributaries are and might not worry to much as long as China still gets money and trade out of it.

My overall goal is i would like to make you a tributary and then eventually if your willing a semi-autonomous province within the empire since eventually i will be definitely landing settlers and since im a maritime empire and the Philippines are a major trade point, the Philippines would become a rather important part of the Empire which bodes well for both of us if we cooperate. The Wings of Freedom #FP

First of all no way you get all the Philippines, it took Spain unifying it with conquest OTL for that. I will at least want a moderately sized colony especially if you want anything of military worth from Japan. Other than that the agreement is mostly acceptable. The Wings of Freedom #FP

Check my turn. Done and Done. 150 ship fleet with 20 of the largest ships i have (which are the same size as chinas). Offered in the turn as well The Wings of Freedom #FP

http://mapgame.wikia.com/wiki/World_War:_1913_(Map_Game) the game has been moved due to a urgency to play-Orwell
Retrieved from "https://althistory.fandom.com/wiki/User_talk:Erizium?oldid=1376541"
Community content is available under CC-BY-SA unless otherwise noted.