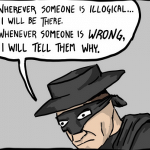 The game has started, and now is your turn to post year 1702!

Since your going to war with Facist Russia,

I want a deal for you

Remember how Japan killed millions of your people?

You can help me,

I will give you 10 percent of my economy

And I will divide Japan up

You will take all of tokyo

Then the deal is done.

Can I be co-head mod in your game, please?

I'm playing as Spain. Question: Shall I sign my name into all them States below Spain?

As your party leader, it is my duty to inform you to vote in the August 19th Althistorian general elections. Let's make sure the Dirigist Party wins!

Private ownership is allowed within Viva's Dirigist ideology only in name, since abolishing the currency and replacing it with state coupons makes private ownership useless. Viva admited several times thats he was inspired for his ideology by Stalin and his boys back home in the ol' good USSR. Dirigism was also greatly inspired by Stasi and their superiors the KGB/NKVD and their awfull methods. His obsidian guard is just a SS knock-off. Also you can witness the dedication of the average Dirigist party member to Democracy with their signal greeting "SEIG HEIL".

Hi. Could you tell me the number of ships you're sending for the Bahmanid attack on Pegu? The Guardian of Forever (talk) 17:14, September 5, 2016 (UTC)

It looks like there's going to be another war with Majapahit soon. It also looks like Ace is going for Sri Lanka, which your trading post (alongside with large economic interests) are. If he does, you can intervene with your fleet. Thanks, The Guardian of Forever (talk) 22:39, September 17, 2016 (UTC)

Also, is it OK w/you if I allowed more people than the Swahili access to Sri Lanka? I'm thinking of making something like the Compact of Iskenderum for it and the Maldives. (Mainly for defense purposes). The Guardian of Forever (talk) 18:52, October 17, 2016 (UTC)

Fallacy, maybe you should give up the campaign against Mutapa? It's looking like the mods won't let you get/keep it. The Guardian of Forever (talk) 19:27, October 19, 2016 (UTC)

About trade and shipbuilding (PMIV)

To elaborate a little more, in case you think this whole time I've been stealing from you: "A second expedition is sent to the Swahili coast, bringing goods such as coir, tobacco, ivory and gold back to Oman." I neglected to add that the coir, tobacco, ivory, and gold was traded for things we produce (pearls, pottery) or that we have gained from trade (silk, spices, cotton, etc.). Oman is a trade empire, not a colonial empire. You are benefiting from it just as much. General534 (talk) 16:22, October 31, 2016 (UTC)

Hello. I am playing as Buha, the east african nation in today's rwanda and south uganda, and I just gave an offer to covert to islam in return for some things. Please respond, it is on 1506.

My mistake, I hadn't done enough research on the history of Mogadishu. The culture and shipbuilding style of the entire Swahili coast was very similar, though. What I meant when I said "successor to Kilwa" 9 days ago, was that since Kilwa controlled nearly the entire East African coast (excluding Mogadishu) since the 900s (apparently this wasn't represented on the map), the Swahili Sultanate would inherit a large amount of their culture from them. Please use OOC or leave a message on my talk page if you want to correct me on something, and be frank about it. Trying to fit it into your turn will not help, especially if that information isn't actually present IC. Thanks! General534 (talk) 07:34, November 10, 2016 (UTC)

1439 - Invention of the printing press by Ekkehard Stelzner in Cologne. It later spreads to most of Europe. It has yet to reach China. The Chinese invented paper, not the printing press. They use a sort of movable type, printed with blocks, but it is all done by hand and only works with Chinese or Korean characters. It is not a mechanical printing press.

(See this article for more info on Chinese movable type)

In the 1470s, you asked China for technology; and they did not respond. Then in 1473 you bought "Chinese books or interesting pieces of technology". While it's possible that you may have been able to acquire a basic movable type from China, it wouldn't be of much use to you. Again, China does not have mechanical printing presses necessary to print works like the Quran.

Then in 1479 you just claimed to have bought printing presses from China, despite the fact that they didn't agree to sell you anything, and they don't actually have printing presses in the first place.

If you have actual proof that China acquired mechanical printing presses, link me to the turn. Otherwise, if you really want a printing press that badly, you could just ask the Gurkani Sultanate. General534 (talk) 19:32, November 10, 2016 (UTC)

What I mean is ask them through diplomacy, instead of just saying you purchased it. It's not your printing press that I'm upset with, it's how you claim to have acquired it. The technology is property of the government; you can't just take it without permission. The same goes for China, you can't get any technology from them unless they agree to it. For instance, I didn't have wheellock muskets until I purchased them from the Gurkani Sultanate. Both of us agreed to it. General534 (talk) 14:55, November 12, 2016 (UTC)

Just so you know, me and Bahmani and a few other players have quit PM4

The night is dark and full of terrors.

How did you edit the PMIV game page?

Here is the treaty ending the Great Jihad. You will get a port city of Daimon located in the OTL state of Gujarat Treaty_of_Mylapore_(Principia_Moderni_IV_Map_Game) Oh, I didn't mean to push that button! † Oh, well leave a message I guess 09:19, February 19, 2017 (UTC)

Can you respond to the offering I made to purchase one of your Swahili islands? Thanks.SolaceEaSw (talk) 21:18, December 4, 2017 (UTC)

biannual or semiannual - twice a year biennial - every other year