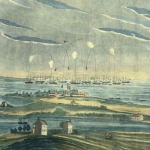 General, I'd like to trade w/you, and I will have a broader-scope treaty up in 1 or 2 days, which you can sign. For friendly information purposes, a bit on Oman and the general political situation in PMIV: Oman was of strategic insignificance until the late 1420's, when an alliance was made by mod event between Oman and Delhi. Delhi back then was still an NPC, as I was the only player in India back then. I was a super-aggressive and a lot dumber then, so I attacked both Delhi and Oman. I got crushed. Oman ended up getting Gujarat, and kept it for the next twenty years. Eventually, however, I chose to ally w/Delhi instead, (and Delhi and Bengal became player nations), and the Omani player at the time agreed to sell his Indian territories to me (though he kept certain economic powers) in exchange for support of his planned conquest of Arabia, which never happened. The old war back in the 1430's has been all but forgotten in India, as unity against the threats of the Majapahit surmounted our previous petty struggles over land. Relations remained cordial between me and Oman until the Al-Hamad Crisis during the 1480's. The Abbasids and the Gurkanis have been hostile since the beginning of the game, and when the Abbasids had a civil war, a warlord, Al-Hamad, took over Syria and began a campaign against the Gurkanis. He was defeated and fled to the Ottomans, where he still is today, I think. During this, Oman (by mod event) sided w/Al-Hamad, and using a loophole in the Compact of Iskenderum*, sent my ships to break Oman's blockade of the Straits of Hormuz, though really it was about showing off my new navy and eliminating the remaining Omani economic power in Gujarat. I'm willing to put that aside, though, as you seem reasonable. Don't ask for Gujarat back, though. It's not happening. I would recommend asking for the protection/patronage of the Gurkanis if you want to conquer Arabia. *I used to be an ally of the Gurkanis, but had to drop it due to the three-ally limit. Nonetheless, I remain on good terms w/them, and will re-ally when the limit expires in 1600. Also, if you want to avoid accidentally duplicating something, uncheck the 'ignore all warnings' section in the upload window. The Guardian of Forever (talk) 03:15, October 29, 2016 (UTC)

The mods are trying to weaken the Gurkanis because they see the Timurids holding their empire together as unrealistic. I don't entirely blame them, though I think Rimp plays quite plausibly. Well, just 102 turns ago, I was "Sort of new" to map games, too. The Guardian of Forever (talk) 22:52, October 29, 2016 (UTC)

In the future, please refrain from adding your timeline's category to files you uploaded that are not solely to be used for said timeline. If its from Wikipedia and/or related to OTL, than don't add it. If you have altered the file enough that it is specific to your timeline, than go ahead and add it. Thank you. -- NuclearVacuum

Hi General, thanks for asking me. Colonization is for all continents that are not your continent. So if you want to colonize a continent that you are not on, you need confirmation.

Yes, you can colonize those areas without confirmation as Oman.

Do you plan on giving the chat a visit?

The night is dark and full of terrors.

Thank you for hearing me out. I got the printing press from China many turns ago when I sent my crown prince on a 6 year trip to China. Fallacyman (talk)

Seeing the recent mod events, I am trying to spread Zaidi Islam in Sumatra. Or Islam in general. Considering your naval capabilities, would you be interesting in spreading Ibadi Islam to Indonesi? I think it will be intereting to see sects other than Sunni Islam in indonesia. So I would be greatful if you helped me.

You are absolutely correct. Currently, I treat them as vassals or protectorates, but I like to call them "colonies" because that's as close to colonies I would be able to achieve in Southeast Asia. I can change the wording if it is confusing to you. Oh, I didn't mean to push that button! † Oh, well leave a message I guess 01:19, January 25, 2017 (UTC)

It has come to my attention you are in an alliance with Java.

I was not aware Java was a full state.

Nathan had given me Banten which is located in Java. (Although my evangalising efforts were in the Sumatra)

Can I have Banten?

Nathan gave it to me as part of his agreement.

The War in PM4

General I would appreciate it if you dont join the war against me. We have had good relations. I will give you certain Andaman and Nicobar islands. Also my pop. is 110 million and my max is 1,650,000, so they cant do much to me.

I hereby proclaim you mapmaker in chief, should you choose to accept it.

Hey, General, it is me Adolf and since you were the last person to play as Oman I was wondering if it was alright if I purchase the island of Mauritius in order to have a new colony and domesticate the animals there ex. Dodo's and etc. and to also have a trading post there as well. I just wanted to get an all clear from you first before I move on with my idea since Nathan advised me to ask you about it. Other than that, have a terrific day. Adolf Coffee (talk) 15:02, April 23, 2017 (UTC)

Here, I updated the map (Only India).

I would like to point out some things that should have been included in the map.

It has been asserted that Malaya has territory in northern Borneo. At this point it should be easier as I have the western portion. I have had the territory for several turns now, and there have been no mod complaints to my knowledge. Please add it to the map at earliest convenience.

I noticed in your recent map of India, my newly annexed territories are not shown. I was hoping if you could fix that and I would happily help on showing a depiction on what was annexed if you'd like and not make it so confusing and inaccurate. Adolf Coffee (talk) 15:26, June 24, 2017 (UTC)

Well the states i annexed are more or less basically the region of those states. Basically all the states in the Uttar and Madhya regions. I have an image that i would be willing to send to make things easier if you don't mind or you figure it out on your own. The choice is yours nonetheless. Adolf Coffee (talk) 22:03, June 24, 2017 (UTC)

Just wanted to say I found the countryballs hilarious (especialy the one with Poland). Hope there is more to come!

South India has annexed Telangana. The war started in 1733 as mentioned in the post and ended in 1736 after 4 years of fighting. The algo has been completed. Also the Maldives are a part of the country and please color in Balochistan/Meluakam properly in the colours of a South Indian vassal state.

I am Drake, the player of the Deccan Maharajya. The Deccan Maharajya (erstwhile South India) has claimed the Chagos archipelago and has established a colony there (same continent). This is not asb as it is just south of Maldives and its existence has been known. So please make the ugly pink triangle around the island chain just south of ugly pink Maldives. Also Maldives is a part of the nation so color it in ugly pink.

How are you General ?

I am here with another map update. The Maharajya has conquered the two French outposts in South Asia taking advantage of the turmoil in Europe. The algorithm has been completed. Also I would like to know about Iberia's relations with Britain, France and Burgundy.

Drake here (again). I would like to inform you about a map change- Dravidia has conquered and annexed Balochistan. The war was declared in 1775 and ended in 1778. The algorithm can be found on the talk page.