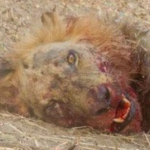 Then just offer a trade deal with me and this will be solved. thank you for understanding/cooperating The Wings of Freedom #FP

Hey there. Im Ayutthaya and I would like to discuss the future for South East Asia. Seeing now that China has had a civil war and has broken into many smaller and weaker nations, I was wondering if we collectively should take advantage of this and claim these nations as protectorites/vassals under our empires.

Get out of Guns' Kick Free

For your services to the squirrevolution and Guns' sense of humor, I present to you this Get out of ONE Guns Kick Free card. Use it wisely, young Padawan...

Following it's use, please delete the image but retain this message.

I wont tell my name as this iss for santa secret. message yourself and i will see it.

I'd better warn you. You and your group of friends has been acting extremely insufferably the last few days. Given the facts that 1) You have commited extreme amounts of trolling; flamebait; personal attacks towards other users; spam; and extremely irritable behaviour; 2) you have commited a lot of shady stuff with several of your allies coming back from the dead just to vote for your TSPTF nom; and 3) you have the longest ban log of alternate history wikia history, I'm warning you. Do anything, anything, out of line, and you're gonna be banned for a long time. Fed (talk) 01:48, January 20, 2015 (UTC)

Hello. You recently signed up for one of the nations marked by an asterisk. As said above the sign-up list, nations marked by asterisks are reserved for players with a reputation for being plausible. Since Tr0llis and I restarted, I have no idea of your reputation. Therefore, playing it safe, I'm going to ask that you claim a nation without any asterisks. Apologies for the inconvenience.

PM is not yours and any attempt to make a successor for it without permission from the mods will result in a ban. Do not remake the page. Crim de la Crème 00:30, October 11, 2015 (UTC)

You say 'attempting' like your page will somehow not get deleted.

It is not completely obvious under the current constitution how a law will be put into place, especially because not all of the seats are filled. The new constitution has been proposed, and it not only includes a detailed way that the government will work, but also it will have a more effective system for determining exactly when something has been enacted. The constitution by now has a bunch of people in favor and nobody against, so can you please determine how/when it will be passed? When it is passed, I'd suggest doing a new election. Also, this new constitution gives room for about 32 government position, so hopefully we'll eventually be able to fill all of those spots, and have it be more of an election-based government.