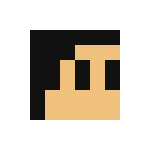 Hi, welcome to PM4 but you're not allowed to just sign up as a part of someone's nation like that. You can freely sign up as any independent nation, but signing up as a province of someone I don't think is allowed like that. Sorry about that, but if you have any questions about the map game let me know. Vandenhoek (talk) 22:32, June 27, 2018 (UTC)

What do you want to discuss, it's just against the rules of the game. And the game page is really only for people posting their turns, I don't think you're supposed to have conversations on there. 22:42, June 27, 2018 (UTC)

That is allowed but I would really not recommend that, for reasons that will become clear next turn. If you're interested in playing a nation in North America how about Aztlan (the nation in Mexico)? They're actually a really strong nation, probably the best open nation in the Americas if I had to pick. Vandenhoek (talk) 22:47, June 27, 2018 (UTC)

To add, I think the nation's page is outdated, a lot of nations shouldn't be on there, and that's probably why you see Avalon on there only. Aztlan is actually open and you can sign up as that. Vandenhoek (talk) 22:50, June 27, 2018 (UTC)

Can you join me on the chat real quick so we can discuss something?

It's a nation called Providence. I'm not completely sure on the entire history myself but I believe in the mid 1860s the alternate Napoleonic Wars happened (in which Napoleon was German instead of French), and after he was defeated him or one of his descendants fled to North America and established that nation. I believe both Arcadia and Aztlan claim certain parts of the nation as well. Vandenhoek (talk) 21:44, June 28, 2018 (UTC)

I would like to know what your tag is on discord so we could talk and avoid conflict or misunderstanding  Vinnyus Proletariërs aller landen, Verenig u!

Re:Question on claims in Arcadia

Is there a way that isn't talk pages to comunicate with you since i do think we need to talk more about your territorial claims  Vinnyus Proletariërs aller landen, Verenig u!

for the page i prefer a way which semi direct messaging

The accent came from here

Hi, I saw your question on the PM4 page and wanted to answer in depth here. I will be defending Burgundy in their part of the war as best I can, bu at the moment myself and the other Arcadian allies of Burgundy were planning to fight against New England, Texas, and Britain in Arcadia first, especially since the nations that declared war on Burgundy could try to send troops to Arcadia as well. For now I would recommend mobilizing, making sure Aztlan is well defended in case of a surprise attack, and sending troops to Texas/New England, since they're the pressing matter at the moment. Also, I'm guessing your population is something like 40 million at this point, meaning you could probably mobilize 2,000,000 men for now. Thanks, Vandenhoek (talk) 04:38, September 26, 2018 (UTC)

Also on an unrelated note, now that this is pretty much World War One I said the Arcadian Games this year are canceled, but I'll make up for it by putting you as a host after the war ends. Vandenhoek (talk) 04:41, September 26, 2018 (UTC)

Looks like New Granada launched an attack at southern Aztlan, so can you edit your turn and say how many troops you have where? Then I can use that to make an algo for that attack. Thanks, Vandenhoek (talk) 22:08, September 27, 2018 (UTC)

We actually don't use the old algo anymore, it's this program I run on my computer now. I already did an algo for the battle in central America, which I called "the Battle of El Salvador" on the talk page. I will do algos for your other battles soon. Vandenhoek (talk) 01:14, September 28, 2018 (UTC)

I would advise you to send a lot more men to central America, since they outnumber you about 2-1 right now, and also build defensive structures and entrench there. You can add that to your current turn that you already posted. Vandenhoek (talk) 20:25, September 28, 2018 (UTC)

So as we have established you are facing innumerable odds here as its been deemed there is no way your out producing any European power or even Bresil for that matter in ships.

I need you to give me concrete fleet numbers for that fleet off of Texas since it is facing about 170 ships between three battle fleet containing almost 20 dreadnoughts between them. I was given the go ahead by the head mod (scraw) to more or less sweep that fleet aside since they are not of the same quality of the worlds sole superpower, nor would you be able to match me in production or numbers of ships. on top of this i let you have literally all day with that post hanging for you to disengage or post a fleet composition. Pick one of the two options and leave it at that. But Fleet actions require specificity end of story. If you have some vague fleet in the area then it might as well not exist because it is just holding up the game while 5 of us sit here trying to figure out what the hell you have blockading the coast.

Im going to be frank that i gave you literally all day to post a fleet composition and even had it in my turn that i requested one. I got authorization from the head mod to sweep you aside and not do an algo. Speaking as the overall algo moderator and secondary head mod i can tell you i posted that morning(or the night before even) and gave you until i got home later that night so hours upon hours to respond to me. So no i gave you ample time to rectify this and post a fleet composition. End of story if you send a fleet anywhere from now on you need a fleet comp This is applying to everyone. Same with troop numbers

Can you join me on the live chat again?

Hey Aztlan chap do you have any other way of communcation that isn't this like discord since it is quite annoying something to make deals with you.

We can talk in a google hangout that would be quite handy and also why does your name look so dutch  Vinnyus Proletariërs aller landen, Verenig u!

I do have an email if you give yours i will send a message as soon as posible so we can talk easier Vinnyus Proletariërs aller landen, Verenig u!

I will give mine as mine doesn't give anything about me free  Vinnyus Proletariërs aller landen, Verenig u!

Just play as whatever government is in power, but you can technically control both and play it out however you want. Vandenhoek (talk) 01:00, October 30, 2018 (UTC)

Hey I want to talk about the rising hostilities and well i have an treaty where we both agree on demillitarised border and stop sponsering any violent and non violent organisations in eachoters nation , if interested tell me as i got a treaty ready in my writing program  Vinnyus Proletariërs aller landen, Verenig u!

As war seems imposible to avoid i ask you one more time we have to talk to avoid a world war .  Vinnyus Proletariërs aller landen, Verenig u!

I have a question could you make just as aztlan sign it as i see some high rate of bias against me with the events  Vinnyus Proletariërs aller landen, Verenig u!

Hi, I'm the Mi'kmaq player in Mundus Novus, and I'd like to ask you if you could send some troops for this war and accept our alliance? Also, could you make a Discord account and join the wiki discord? It'd be more convenient. Emperorkangxi (talk) 01:25, April 17, 2019 (UTC)

Could you post your response to my diplomacy now? And also, Discord might be more convenient for communication between us, more than this talk page. Emperorkangxi (talk) 15:50, April 17, 2019 (UTC)
Retrieved from "https://althistory.fandom.com/wiki/User_talk:Hdjensofjfnen?oldid=1632181"
Community content is available under CC-BY-SA unless otherwise noted.