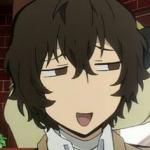 Fill this out plz https://docs.google.com/forms/d/e/1FAIpQLSckRZ9fW_vl2QEvFaZ4_r6rs5Nk7tLIcicMJE_S6KMUrkbnQQ/viewform Also tell post this on a blog or something on Future wiki. So HAL & others know about it --FirestormBlizzard (talk) 19:58, December 8, 2016 (UTC)

Hello, I am the player for the Kingdom of Burgundy in pmiv, and I saw that you had signed up as Kuala Lumpur. As Kuala Lumpur is a protectorate of the Burgundian East India Company, if there is anything you need help with, please let me know.

Just so you know, paying tribute to china isn't a political tie like vassalage. It was a system of economic arrangements and foreign relationships to try to promote a china-centric world. Since 1) China is on the decline big time (the map doesn't show that its southern half has seceded) and 2) can't possibly intervene on your behalf in case of war, 3) the Caliphate is involved in the East Indies, and 4) Aryavarta appears interested in you, it's probably best for your survival that you remain a protectorate of mine (Burgundy). Since I'm also responsible for your foreign policy, if you're looking to expand feel free to message me and I'll see what I can do for you. I am that guy (talk) 14:58, February 5, 2017 (UTC)

Hello my friend. Side let me tell you I am interested in southeast Asia and Malaya not to conquer them but to extend influence. I will never conquer you. Now Burgundy doesnt have the resources to protect you. They have a mx of 700 ships while I have 1200 ships with a max of 2700. I have 700,000 troops. My population is larger than Burgundy's. Burgundy cant protect itself and its colonies. It has 50,000 troops. If you become my ally as a protectorate. I shall station 50,000 troops permanently in Malaya. Also you havent expanded even a tiny bit. Kedah doesnt want to merge so you can attack them. My troops will help you.

And If you want to be fully independent and dont want to become my protectorate then become my ally. I will station 50,000 troops and we will mutually help each other. You will have full access to my medical system, universities, technology and culture.

It should be pointed out that there's no more advantages to Aryavarta offer than Malayas current status as a Burgundian protectorate. For one, Burgundy is one of the wealthiest and most technologically advanced countries in the game, with the finest ship designs around and a growing army in its Asian territories and protectorates, and both Burgundy and Malaya remain on good relations with Tali (which, as it's a Muslim country, cannot be said of Aryavarta [it also has an army comparable to Aryavarta, and much closer to Malaya]). It shouldn't even need to be said how implausible Aryavarta stationing a standing army of 50,000 troops in Malaya, a couple thousand miles from its core territories, is. It should also be pointed out that I have extended several offers to help malaya with expansion.

So, as I've said, there's no more benefit to Aryavartas deal than Malayas current one with Burgundy.

Hey, Sidewinder! I'm glad you're interested in No Victoria. While I still must assemble a team of mods and get a substantial amount of signups, I'll be sure to notify you when the game is ready. I'm also still sorting out all the nations you can play as, so stay tuned! Thanks!

Hello again, Sidewinder. I have just added the various nations of Malaya and Indonesia to the Nations page. I feel like these are the nations you would be interested in, so I decided to let you know. Thanks!

To answer your question, yes, they are.

You do not need colonization permission to colonize something close to you, like Borneo. Feel free to go ahead with it. Once you expand onto the island, it will be reflected on the map.

Greetings! We are happy that you've decided to contribute on our collaborative timeline called Project Noah. Just a slight introduction: Project Noah is an ongoing live timeline, describing a parasitic worldwide infection, that causes a Zombie-like plague. This timeline will try to developed a complete story with geopolitics, cultural and societal aspect of this outbreak.

Feel free to work on an area of the world you are familiar with.

I saw you develop this religion in your nations turns, and I saw it on the nation page, but how does tuahism work? Is it Buddhist denomination, or something else? user talk: Warrioroffreedom123 19:36, May 10, 2017 (UTC)warrioroffreedom123

Yeah, I said "possibly" an ingrediate as my memory doesn't quite serve. I remember back in 95T I tried making formaldayde once I started using rubber, but I don't quire remember. I'm pretty sure the user GBUSA has some good ideas related to that. Oh, I didn't mean to push that button! † Oh, well leave a message I guess 14:20, May 18, 2017 (UTC)

Well, Dai Viet does not have the player yet. However, the player will join once his anatolian state gets conquered by rum. This player is belial of the illusions. He intends to conquer cham, and this could cause a flood of cham refugges into cambodia, possibly collapsing the govenrment there. Yes i am at odds with China over it, but candies said she doenst plan to invade me over the issue, she only plans to support dai viet in the conquest of champa.

Hi ,thank you for your amazing work on our common project but can you follow our plot ?

for this , i advice you to join " Project Noah " Group on Facebok and later to joined Messenger Group called "Project Noah", thanks

Hi , here the link , don't hesitate to say if you want be member of chat

While I probably could lend support against Borneo, I don't know about Sumatra and Aceh, different cultures and religions and whatnot, I'll have to give it some thought. I am that guy (talk) 22:09, August 31, 2017 (UTC)

Hey I was wondering if you could help me out setting something up on another wiki, I really need to make some templates, particularly the Nation box, Campaign, and Battle ones, but I am entirely incompetent at making templates no matter how hard I have tried. The wiki I am making is for a large upcoming mod for Hearts of Iron IV. So I was wondering if you, who is more experienced on this site, could create those three templates for me. Some other templates I could also maybe use is ones for leaders/people maybe but really those three are what I need most.

And No im not Uther or related to him.

BTW my actual account is globalled from wikia, so can you unblock WitchDown from Future since im not Uther and i don't know Uther. Im not Uther, i swear.

Lonixdron (Talk with me) 15:30, May 20, 2018 (UTC)Lonixdron
Retrieved from "https://althistory.fandom.com/wiki/User_talk:Hydrozen?oldid=1690902"
Community content is available under CC-BY-SA unless otherwise noted.