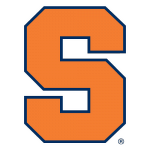 You go down to the section called "The Game" and you see that pencil? Click on that, and then the editing screen comes up, scroll down to the bottom to the last message and walla! If you want to claim a country then go to the Nations (Principia Moderni IV) and claim a nation that doesn't have a name by it, once you have done that then put your name by it via editing it. Hope this helped!

You'll probably have to wait a little bit as the page does not allow new users to edit it immediately.

Hi, I saw your question and I assume it's about PM4. In which case you might want to ask a moderator who can better answer your question. Firstly it depends on the nation/tribe and its population. What nation are you asking for? Because you could probably do some research on them and find out historically if they raised an army at any point. On the Rules page there is an equation you're supposed to do to determine your maximum amount of soldiers, so if you're really stuck use that. Again you need to know your population for that, so I can't really help you without knowing your population. Like I said you should probably ask a moderator to be sure. Anyway hope that helps, Hquvfrioyle Lilenofryn (talk) 21:24, September 22, 2017 (UTC)

You will have to become a established/registered user first. It takes a few days for that to happen. You have already been contacted by Scraw. Scraw is the head moderator, he is the head of the game. You should contact him as I am not a moderator.

Of Ethiopia? Sure, It's King Joshua II!

No, its Emperor Joshua II (His Real Name can be Eli but his Imperial name will stay Joshua as These emperor names are named after bible characters.)

Alright, you thinking of being ethiopia or something?

Well I'm not really Playing as it anymore.

Well I'm not really Playing as it anymore.

Hey the next time you edit my page can you inform me and see if I’m okay with it? I do happen to like your edit this time but who’s to say I would the next time.

Response to your College of cardinals edit

Now I'm not the one who runs the college, but in pretty sure that your archbishop doesn't exist, as you are an fairly isolated Tribal Confederation that only now has made contact with Europeans, so in pretty sure you have no idea what is beyond your native lands and that you have converted to Christianity, just to let you know.

Alright sorry, just was making sure, I guess I should leave it to a mod or the Player of the Papal States to take care of problems (though the mods have been Offline a lot recently)

I don't make the maps so I am not the one to ask or request that to. I don't know who the current mapmaker is either for right now, sorry. I was just compiling them in the map page.

I don't know why you want to include random information about military bases, but you do not have permission to edit my timeline Oh, I didn't mean to push that button! † Oh, well leave a message I guess 21:30, October 1, 2017 (UTC)

Yes i did get your message but i had to sleep

i would to like to know well your goverment,culture,area of control and well population

I would like to ask if you have a discord so that we can discus more matters.

About more matters. Of our states.

Yeah sure, so long as the Coptic Church retains its position and rights I don't see why I wouldn't support it. ~Cal

Illionois Confederacy on the Map

The Confederacy is a tribal nation and tribal nations are not represented on the map. I am sorrly fo the later reply.