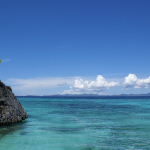 Future history is not allowed on this wiki. I do not know an appropriate wiki for your work, but I'm sure a simple Google search would solve that problem. --Zack 07:00, November 16, 2013 (UTC)

No, sorry. This wiki does not accept future histories of any kind (this includes alternate future histories). As for a place to write such thing, I don't really know of any, sorry to say. -Kogasa

Greetings. Recently you uploaded three files directly off of Wikipedia (one for the Aztec, Inca, and Maya). Please be advised that since they are directly off of Wikipedia, you should not include your timeline's name in the file description and name. You may only do this if the file in question differs in a specific way for your timeline. Please keep this in mind for the future. If you require further clarification or assistance, I will be more than happy to help. Thank you. --NuclearVacuum (Talk) 22:01, November 24, 2013 (UTC)

I'm not interested in future history. This message is also close to being spam, so please don't be advertizing the future wikia site to other users. -- NuclearVacuum

Either way, I'm still not interested in future history of any sort. Good luck with your site. -- NuclearVacuum

This is not a decision that I can make. You'd have to ask LG or the TSPTF to get that answer. But seeing the situation you've gotten into with both of them, I'd be cautious with them. -- NuclearVacuum

Hello, Ismael, this is CrimsonAssassin. As you may know, I am a member of the TSPTF. What we do is prevent vandalism and spam. I'm here to tell you that you are spamming, which will carry a punishment if you do not cease this activity immediately. 20px

My rank and the medium for your spam are both irrelevant. Blatantly repeating 'vegan' is grounds for banishment, even on your own blog. 20px

That was unquestionably spam, as was you contacting people like you did with Nuke. Don;t do it again. Lordganon (talk) 11:09, January 6, 2014 (UTC)

I'm giving you a warning where, given your previous history, I should be just blocking you.

LG and Nuke have already told you what you're doing plugging your wiki is spam, and, since we are not affiliated to your wiki nor have we agreed to post promoting your wiki, given that the future wiki is already perfectly good for the posting of future geopolitical scenarios. Therefore, what you are doing is explicitly against wiki procedure, can be considered spam, and I am asking you to stop. Now. Fed (talk) 00:22, January 13, 2014 (UTC)

Oh, if that's your only question, that's simple.

Ismael, those two links have been there since, I believe, 2010. They are also placed there by the chief mods of the wiki, in order to take away things against the regulations of the wiki, rather than a regular user trying to plug his own wiki. Fed (talk) 01:18, January 13, 2014 (UTC)

An "awards" is one thing, but if you copy the Stirlings, wikia will hear of it. That would violate their rules. In addition to the rules of this wiki, of course.

You can claim that that is a "cross-wiki" thing are you want, but that doesn't make it true. It isn't.

So, again: spout off about that wiki on here again - in violation of the wiki rules - and it will be a block.

What, you think I was not serious or something? See you in three days. Lordganon (talk) 11:28, March 7, 2014 (UTC)
Retrieved from "https://althistory.fandom.com/wiki/User_talk:Ismael777?oldid=939570"
Community content is available under CC-BY-SA unless otherwise noted.