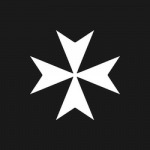 Welcome to Axis vs Allies Revised and The Third Reich Stands. You should ally yourself with countries in AvAr. Once again, welcome!!

Sorry for having to talk to you in English, but my Spanish is bad. (i'm Brazilian) Well, i'm the mapmaker.i did not added your changes for two motives;

The Venezuelan government will set up the League of Catholic Nations. Your nation has been invited to join the mutual religious, cultural, trade and defence pact. Let me know if you want in to it. :-) Oxfordshire 1972 15:59, September 25, 2011 (UTC)

Thank you for signing up, you are now a mod on the game!

I would say to wait up until we have 8 players. Dean has not replyed to the proposal yet!! :/

Hello. Recently, you have been inactive in Principia Moderni. If you do not post again soon, Burgundy will once again be controlled by France's player. I hope you return! LurkerLordB 04:04, November 23, 2011 (UTC)

Not exactly, but it is comparable. What you have is an open TL, one in which you can make a proposal and get it checked over before it becomes canon. However, you will need to see the area of your proposal is not taken over by some other nation and it needs to be plausible, so it cannot be in the middle of Antartica with a population of 500,000. :D

Lol, I am not sure. You would need to see where you want your country to be, read about other states in the area and then do and try to make your proposal. :D

Just to let you that Andalucia/Andalusia is a country in OTL Peru, and not Spain.

The last person to control Andalusia (DeanSims) got in a fight with my client state of Tangiers. They got their asses kicked and were eventually forced into exile in OTL Peru. The region known in OTL as "Andalusia" is part of one of my client states. Principia Moderni's Andalusia is basically OTL Peru. Yank 23:25, July 24, 2012 (UTC)

I am taking requests for nations colours. If you are interested in picking your own colour then message me. Scandinator (talk) 23:38, July 25, 2012 (UTC)

Hi, I don't know if you are still playing this game or not, but if you are, would you be interested in a marriage alliance with Austria? Let me know what you think.