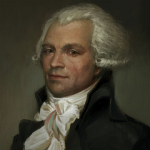 Lieutenant Constable
7,197 Edits since joining this wiki
May 31, 2014
3 Discussion posts

So, a few questions. When will we start developing the timeline of BR? And we need to decide on our cultures quite fast. Tell me, I really love BR and I want it to once become a really good timeline. Deadly State of Mind (talk) 09:40, December 23, 2016 (UTC)

I just came across a template that you made months back and noticed that it includes dozens of embedded categories. All of the categories being used here are specifically designated for articles related to OTL topics and/or template-specific categories. In short, these categories were not intended to include timeline-specific articles.

I was originally going to manually remove said categories myself, but I fear doing so would damage the overall template. Because of this, it would be very appreciated if you could remove them, since you are more familiar with the overall makeup of this particular template. Thank you. -- NuclearVacuum

Name me Copy Editor Emeritus and take me out of the running.

That will give someone else a chance.

Hello, I am a new contributor to Alternate History at ShoutWiki, and I have been making several templates and pages at that site. I also wrote in you talk page there. I wonder if you are still active.  Sapphire Williams (talk) 23:29, August 1, 2017 (UTC)

Hey, why was I just removed from Discord? I was sent an invite link by Nate today, and this is the first I heard that I was supposed to be banned. If I may can I ask why I was banned? Thanks Hquvfrioyle Lilenofryn (talk) 00:18, October 14, 2017 (UTC)

Hi I haven't gotten a message yet from you and it's been over a week. Do you think you could message me back and let me know what is going on? I was told by Nathan that he told you to message me. Thanks, Hquvfrioyle Lilenofryn (talk) 03:57, October 24, 2017 (UTC)

I'm planning a new timeline, and although it isn't necessarily going to be Roman-focused, my planned PoD will be in the Roman Empire, a time which I am not amaingly well-versed in. So I've come to you for a bit of somewhat expert advice. What, in your opinion, would be the short term effects on the Empire should Augustus have died of his illness in 23 BC? At that point did he have a successor laid out? From my research it seems he didn't decide on Tiberius until well into AD, so would this earlier death have led to internal conflict, or would it be a more peaceful transition? Furthermore, what effect would this have on the Empire going forward?

Sorry for the barrage of questions, I've just stagnated at step one which is not a good sign hahah.

Hello. I know that I haven't been online for about a year because of things I had to do irl, but now I have a desktop computer and more time to do things and I was checking to see if Alternate History on Miraheze was done yet. I chdon't checked and it seems that it was abandoned, so I checked ShoutWiki, and it also appeared abandoned. So I was asking if you plan to ever finish them. If you don't plan to do so, is it okay for me to adopt Alternate History on ShoutWiki? Sapphire Williams (talk) 01:55, July 4, 2018 (UTC)

Having run out of TV to watch and having no real human interactions, I am exceedling bored and and am suffering from withdrawl symptoms of my discord ban. I will take this opportunity to apolgise for my deeply hurtful statements and I understand while I may have found them to be in jest that does not mean the language I used was appropiate. I hope you can find it in your heart to forgive me for the grievances I have done to you by making the highly offensive statements. If you could so unban me after an entire hour of agony I would very much appreciate it because I now understand the depth of the wrongness of my actions. Person67 (talk) 23:04, August 16, 2018 (UTC)

Retrieved from "https://althistory.fandom.com/wiki/User_talk:JoshTheRoman?oldid=1569523"
Community content is available under CC-BY-SA unless otherwise noted.