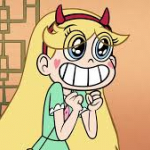 This is a notifcation to say Act of Ambition (Map Game) the map game which you signed up for has started and therefore you can now post your first turn on this new game. Person67 (talk) 17:54, May 31, 2016 (UTC)

Kawaii- just wanted to extend my apology for my event mistake. Would you mind clarifying on the British position in Africa with SA? Are you supporting the appartheid regime here (neutral q just want to know Brit position as mod)? - His Imperial Majesty, Emperor Romanus (talk) 20:41, June 1, 2016 (UTC)

Your army is big enough and strong enough to defeat the Pomeranians if they were to try and do anything. Also, you have you support of both me and the Teutons on the ground. We need your navy. If you could go and assist the Dutch navy this turn near Flanders with a large amount of ships, that would be great. Thanks. Blocky858 (talk) 18:00, August 4, 2016 (UTC)

As your party leader, it is my duty to inform you to vote in the August 19th Althistorian general elections. Let's make sure the Dirigist Party wins!

For Prinicipa Moderni, can you release Iceland from the Kingdom of Norway so it can become a playable nation? I just wanted to ask as i am interested in playing as Iceland, though if you do wish to release Iceland i would be happy to give tribute (10%), have a military/defensive alliance, as well as trade access even though Iceland is poor in these times and of little value in the 1400's. I would also wage war on the Greenland natives to avenge the loss of the colony (might give the colony back, terms will be discussed).  I would appreciate it if you would, though it is okay if you don't. Sorry for the inconvenience.RedDragon2000 (talk) 09:29, August 24, 2016 (UTC)RedDragon2000(Talk )

Is everything alright I haven't seen in you in awhile

Attention fellow "Pagan Conversion" Player, the game has finally started, so it is well appreciated if you post, or if you don't want to, remove your name from your chosen country. Thank you – † ⌒⌒⌒＼(;ᄋ;＼)三(ﾉ>ᄉ<)ﾉ ~ ("니가먼저키스해!")

On my new turn in Principa, I requested 20,000 Japanese Troops from Korea, but i'm probably going to need more troops. I have stationed 50,000 on the Manchurian border. (I havent invaded Manchu yet, but I am trying to get Manchu warriors to defect to my Khan's ranks). That is why I am trying to eventually get an alliance with the Chagatai.

Hey man, The Game of Nations 2 game is waiting for you, you know to make a culture.