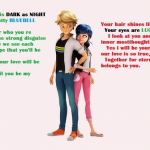 I would absolutely love for you to work on an article for the timeline. I will start a topic discussion on the main talk page, so you are more than welcome to come on show your ideas. I look forward to seeing them. -- NuclearVacuum

I would appreciate help. You can edit it within reason, and I will check the stuff when given a chance. If you prove to be a realistic editor, I am willing to let you help me moderate it. Daeseunglim (talk)

Well, technically I am, yes, but this is before the current, and historically final, Grand Master's pledge to the King of Poland and Grand Duke of Lithuania, Sigismund I the Old. I quote Wikipedia, "However, Albert, who was sympathetic to the demands of Martin Luther, rebelled against the Catholic church, and the Holy Roman Empire by converting the Teutonic state into a Protestant and hereditary realm, the Duchy of Prussia, for which he did homage to his uncle, the King of Poland. The arrangement was confirmed by the Treaty of Kraków in 1525. Albert pledged a personal oath to the King and in return was invested with the duchy for himself and his heirs." Whereas this is only 1517, meaning that we have, essentially, no diplomacy whatsoever between us, which thankfully includes the Polish-Teutonic War of 1519-1521. These things having been said, I was going to offer you a similar agreement, based upon the historical one, being that I would be granted the Polish half of the Duchy of Prussia, as is implied with the historical one, and in return become your vassal, converting the Teutonic Order into the Duchy of Prussia. --Constantinus Byzantinus Maximus Talk At Me 18:48, February 8, 2016 (UTC)

Yeah, somehow I don't think you quite understand. I'm a Military Order and you're a East European nation. Our strength is approximately the same, not to mention that Brandenburg shares my dynasty and, depending upon whether or not beginning diplomacy is allowed and whether or not Muscovy wishes for the alliance treaty I'd have with them to have been signed before or after the game's start date (it was signed at an unknown point in 1517), I might be allied with the dominant power in Russia and, since at least the last Grand Master, Duke Frederick of Saxony, the Holy Roman Emperor has disapproved of the idea of the Teutons pledging an oath to the King of Poland-Lithuania, and might therefore be persuaded to help it not be enforced. I understand if you're not very experienced in map games, but historically, the Teutonic Order remained in existence because it had the numbers to combat it's foes, the same way the Knights Hospitaller did. The Knights Hospitaller had just the island of Rhodes for a very long time, and yet they held off invasions of massive Ottoman armies. So if you want to attack me over my lack of oath to you, or because you want my half of Prussia, then fine. I'll just call in my friends in Russia and the Reichstag. --Constantinus Byzantinus Maximus Talk At Me 18:49, February 9, 2016 (UTC)

While you are correct, Muscovy has not yet reached the height of it's power, it's still able to contend with you. The way Poland-Lithuania historically beat them was with aid from the nearby hordes, such as Nogai. The Holy Roman Empire, on the other hand, has yet to reach it's point of decline, and does not support non-Imperial nations gaining more power, such as you and I, but moreso yourself, as I am ruled by a dynasty that comes from an Electoral state, not to mention that the Teutons have been a part of the Holy Roman Empire, not as members so much as warriors to fight for it, for centuries. They would, therefore, be open to stopping you from conquering me, and as for the Kalmar Union, or as you referred to the leading member of it, Denmark, it also opposes both of us gaining more power, as it would potentially destabilize their control over the Baltic. Feel free to prove me wrong by making treaties with said countries, I'm just listing off these things historically and with historical reasoning based upon knowledge of said history. --Constantinus Byzantinus Maximus Talk At Me 00:10, February 10, 2016 (UTC)

If you don't have any allies you'll lose. The Livonian Order is weak af, the Teutonic Order is not at its full extent, and Muscovy is almost nascent, so if you have like one buddy with a good land army you should be able to beat them pretty bad. Daxus the Harbinger of Lameness (talk) 23:56, February 16, 2016 (UTC)

Any major horde, but the Kalmar Union could eat all of your enemies if you ally with them. Daxus the Harbinger of Lameness (talk) 00:03, February 17, 2016 (UTC)

Nogai, Crimea, Astrakhan etc. If FP said you can't ally them because they're Muslim then tell him I and Saturn say otherwise. There have been plenty of intra-faith alliances when dealing with common enemies. If you really wanted you could maybe even ally with the Ottomans, but due note these alliances are based off of common-enemies.  Daxus the Harbinger of Lameness (talk) 00:14, February 17, 2016 (UTC)

Down a Different Path

I will have to think about this. There is a small chance thata once the TL is very developed, I will allow for collaboration. We will have to see.

I would be open to joining an alliance with on the condition that you sign either an alliance or non-agression pact with ostland.  Currently they are my only ally and any war with Muscovy would conflict with this alliance.   Redbaran45 (talk) 19:17, February 18, 2016 (UTC)

You are mad and west prussia is mine you have already given me control, AND YOU CANNOT CANCEL YOUR POSTS, ESPECIALLY THE DEALS YOU MADE. Wrto12 (talk) 14:38, February 22, 2016 (UTC)

Wait. Tell me if I read your talk post wrong, but I thought it meant that you want me (Bavaria), a member of the HRE with primarily German population, to ally with you (P-L), a weak Eastern European state that has just gotten over a loss in a massive war (involving a member of the HRE, no less) and is currently making a sport out of seeing how many of its neighbors (and, in a meta sense, the other players) it can get to hate it, against Bohemia and Brandenburg, who are adjacent to me, primarily German members of the HRE and have alliances with some of the most powerful of its other members, one of whom was just at war with you. Even if that were remotely plausible, I still wouldn't do it, because it would be a terrible decision. So, I hope you can understand my decision to decline this offer. The Empire shall rise, and all will kneel at our... foot... stubs... 18:58, February 22, 2016 (UTC)

Well, I suppose you just have to not give them a reason to. From what I've seen, it seems unlikely that they will act aggressively against you unless you go to war with most of your neighbors, so just rebuild for a while without provoking any more wars with Ostland, Russia and Hungary and you should be able to avoid war with them. Even if Brandenburg attempted to invade you, they would likely be unable to do so unless Bohemia joined them, which they are in no position to do. If it were just the two of them, you'd be likely to win. The Empire shall rise, and all will kneel at our... foot... stubs... 20:01, February 22, 2016 (UTC)

Hello KingSparta300. This is a notice to inform you that you have been removed from Emancipation, in which you signed up as China. This is due to overwhelming support for your removal, as well as the fact that you do not have enough edits (1,000 minimum required) and/or prior moderator approval. I sincerely apologise and hope that it does not detract from your enthusiasm for this game. Thank you. — The Tim Man (TSW • AH • MGW • Contribs) 22:06, March 20, 2016 (UTC)

Retrieved from "https://althistory.fandom.com/wiki/User_talk:KingSparta300?oldid=1288122"
Community content is available under CC-BY-SA unless otherwise noted.