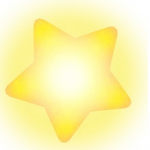 Uh matey you're exceeding the number of actions you may do with your Bulgaria post with accordance from Rule #7. Until you fix your thing it is invalid.  The Varino Dynasty (talk) 21:50, September 29, 2015 (UTC)

removed from the axis by the actions of me (Germany) which if you ask Nick is a legal action.

In that game you put down yourself as one of the players but you haven't claimed a year. You need to claim a year because that is what it's about. :)

These are the turn that you put yourself down this week:

Sorry if you were unaware of the new rule but it's only 1 turn per 10 years. I have deleted one of your claims but if you wish to change your year please change your claim.

Please remember to do your turn. Must complete it before 9 PM British time.

France checking in here, what kind of alliance do you have in mind?

I would heavily advise you ally with me against Bohemia and Brandenburg. Do not let them get stronger, or they could end you. KingSparta300 (talk) 15:22, February 22, 2016 (UTC)

Heya! Loving Bavaria in 95T, just wanted to give you a heads up, I see your ruler had a new son, Albert V. Regnal numbers, that V, only get applied after that person has ascended the title to which previous Alberts, like ALbert IV held. Just in case you're making addition pages and reference your ruler's son. He'll just be Albert until he's Duke. :)

Poland is dead, a new era has begun

Hey Kirbs, best of luck in our war against Austria. Could you please confirm here how many ships Bavaria's putting into the war effort, and clarify the rationale behind the war? Thanks, and here's to the defence of Evangelicalism in Germany! ;) — The Tim Man (TSW • AH • MGW • Contribs) 05:22, March 3, 2016 (UTC)

Hi Kirbs. I have made an offer to you on 95T to create a Bavarian government-in-exile in Stuttgart. This will give you the opportunity to coordinate a resistance effort from within Bavaria. — The Tim Man (TSW • AH • MGW • Contribs) 06:40, March 4, 2016 (UTC)
Retrieved from "https://althistory.fandom.com/wiki/User_talk:Kirbs01?oldid=1281290"
Community content is available under CC-BY-SA unless otherwise noted.