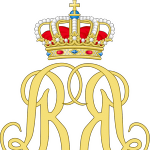 All you have to do is add the file tittle into the proper section within the infobox.

You can see what I did here.

The files you have uploaded came straight off of Wikipedia. You have been misloading them onto this site. They are required to be 100% the same as their Wikipedia counterpart, including their names and dimensions (which you have failed to follow). It is because of this that they have been removed.

If you reload these files as you had, your account will be suspended. -- NuclearVacuum

As you have been previously told, your files have been removed because you failed to properly name them, they came off of Wikipedia, or they were blatant duplicates.

I understand your frustration over this, but having "passion" doesn't negate you from following the site rules. Instead, you decide to scold me to have things your way.

This will be the last time I tell you this. Follow the site rules. Name your files correctly. Do not duplicate files. Failure to do so will result in the suspension of your account. -- NuclearVacuum

RE: The Great Peace

Just to let you know, a lot of people who post on the Great Peace Map game are on the wiki discord, avialable through the discord widget on the right side of the screan. We have a special group chat for the players of the Middle East. Oh, I didn't mean to push that button! † Oh, well leave a message I guess 23:23, August 7, 2018 (UTC)

I noticed the Desolate World althistory you've put up and would like to offer personal information so as to be included. I can critizise the alternate history for too rapid a rise of states larger then cities and also for 'magic energy' that somehow stays active but none the less I'd like to provide information for your use. To me your scenario will only esculate though such resources as first hand accounts of that day and what people where like back then and such is what I'd like to offer. Again, not a fan of the rapid rise of new states- but I'd still like to provide information for your use. Baron Joshua (talk) 20:11, August 20, 2018 (UTC)

I'd like to go through what was going on  in my life and around me in the year 2016. For realism I suggest that one consider that people's primary concern is food, shelter, security, and answers. The idea that anything larger then a city state would form in the first year is- a bit optimistic. One is more likely to see neighborhood alliances, 'gangs' of a sort, or groups of familial ties (cousins banding together). Baron Joshua (talk) 20:25, August 20, 2018 (UTC)

Because you removed the previous messages warning you about duplicates (as well as other messages), you are getting a 24 hour ban. Do not remove these messages again. Do not duplicate again. -- NuclearVacuum

I think it would be great if you would like to help with ECW. In this timeline, following the WWF buyout many wrestlers that weren't picked by WCW went their, and investors supported ECW allowing it to stay active until today. It's considered the #2 wrestling company in the US. (think Hardcore Ring of Honor)

If you have any questions just let me know.

OTL ECW went under in 2001, with the lack of a WWF, the wrestling market would have a vacuum which would allow Heyman to take advantage. USA would have an open slot on their programing; and former WWF backers would be looking for an alternative to WCW. Also, with Vince having a good relationship with Heyman and money from the sale I wouldn't be shocked that he would give him a boost in funds.

With Turner buying out the WWF, Bischoff would not have meet with Heyman about splitting the roster. He would have seen ECW as a minor player, and would not have thought of helping them and their future. I also see that WCW would have been concerned about losing WWF's top talents to Philly. Of course WCW like WWF in OTL could not pick up every contract which would allow Heyman to pick up those that remained.

Sorry about that. I kept reading Storm instead of Stone. That was quite embarrassing on my part...

I have been currently working on finishing the NWO, the WCW titles, and the Invasion. After that I plan to do an article on the WWF title and it's unification with WCW's, the 4 Horsemen, some of the Starrcades and other PPVs, and a few of the wrestler's careers. (ie Dustin Rhodes, Buff Bagwell, Aj Styles, Triple H etc.) I also need to post a Timeline, but that's easier said then done.

I think it would be better to send Al Snow to The Global Wrestling Alliance instead of WCW. He was never real a WCW guy, and I think I could use him better in GWA.

Backyard Wrestling and other thoughts

Personally I'm not a real fan of backyard wrestling, but if you want to aid it that fine. You need to explain in your articles,

Been busy with work and a couple minor projects I will post some more stuff when I get the opportunity.

What Are You Doing

I do not need you "Bulster some activity". Unless you actually have ideas for these promotions, please do not make promotion pages. Run by these things with me before posting them, I have been working on WCW pages which must now be put on hold to fill in the GWA, so it will not look like damn place holder. Thank you. Nerdpics (talk) 02:12, October 21, 2018 (UTC)

Mick Foley leaves WCW in Early 2002, remember Foley has suffered a lot of injures in his career so keep that in mind.

WWF when under in July of 2000 in this timeline. WWF SmackDown! 2: Know Your Role would not have been released.

Sir I feel this partnership is over. Our visions for the timeline do not mix and I feel it will be best for you to part ways with it. You can take anything you want from what you wrote while I mark the pages as obsolete. There are plenty of Wrestling Timelines that you can do. (Vince goes to jail in 1993 because of the steroid trail, the Territories system stay active, and WCW+ECW don't close.) This would allow for both of to use any wrestler you want, without having to have me get in your way. I have nothing against you or your ideas they just don't fit for what I have in mind for WCW Buys WWF. I believe we can work together in the future, but I have been working on this timeline for a couple years and I want it to be something I can call my own warts and all. Nerdpics (talk) 03:14, November 7, 2018 (UTC)

Sir I feel this partnership is not working out. I believe our visions for the timeline do not real mix and I feel it will be best for both of us if we parted ways. You can take anything you like from the original and can add it to your Road to Wrestling timeline. This would allow for you to use any wrestler you want, without having to have me get in your way and vice versa. I don't think this is a bad thing, and I can see this benefiting the entire wiki having to separate Wrestling Timelines. Nerdpics (talk) 15:37, November 2, 2018 (UTC)

Please stop creating redundant templates for your articles. There already exists site-specific templates which you are to use. Thank you. -- NuclearVacuum

A template should already exist. -- NuclearVacuum

RE: The Great Peace

You are right, I am trying to push for the game to not end too soon. The 1964 turn is up now, and my nation (Arabia) will be opening a diplomacy for your nation, so I hope you can respond to that.

Sorry, you cannot join as a nation in the middle of a war. Maybe after, depending on how it goes. Also, you should join us on Discord to talk about the game and other things.

Yeah, you most certainly can!

Hurry up, we're going to be late!

No, I was just categorizing the page, I'm not interested in the game itself. ~Fires

Sorry but there will be no resurrection of TGP, if you’d like to make your own version of it that’s a totally separate thing, go ahead.

Your nation of the Choctaw is located in real life Mississippi, not the Southwest, as shown here in green.