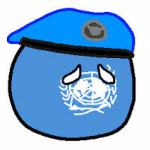 Please try not to let this happen again. Please do not re-upload this file. Disciplinary actions will be taken if duplications continue. Thank you. -- NuclearVacuum

I am also deeply upset at this because you have duplicated one of my OWN files. I appreciate you wanting to use it, but please use the file already on the site. You DO NOT re-upload it and rename it in the process. I do hope you learn from this mistake and don't let it happen again. Thank you. -- NuclearVacuum

You have recently uploaded yet another duplicate file onto the site, and once again it is a site-made file.

As mentioned before, if you want to use a file off of this site... use it! Don't re-upload it. Especially if it was a site-made file. This will be your last warning. Any further duplication (regardless of what kind) will result in your account being blocked. Thank you. -- NuclearVacuum

I also see you've removed my previous message from your talk (thanks for putting it back, LG). To me, this reads that you got my message and outright ignored it. Removing this or other warning messages will also result in your account being blocked. -- NuclearVacuum

Saying "I just found it on Google" is not an excuse. Google is a search engine, not a website. Unless you can tell me that you found that image on another site, I'm to assume you got it off of here.

It's also nice to know that you take this issue seriously. You are more than welcome to take your business elsewhere, but here we have rules. Good luck with the direct you are taking. -- NuclearVacuum

At Least on Future Wiki PEOPLE dont make stupid Huge! Conflicts for One Thing Im Just Saying THAT I Fouand One At GOOGLE THAT Was IDENTICAL!!!. Thank You Likercat (talk) 15:39, May 10, 2014 (UTC)

What do You Mean I Assume you got if off here i Just Wanted to Make a Scenario where New Amsterdam Survives And i just googled it And Took it!. Thank You Likercat (talk) 15:50, May 10, 2014 (UTC)

As I stated before, Google is a search engine. When searching for an image, that image came off of a website. Since this particular image was made by a fellow user on this site, I'm to take that you searched Google and came across the image found here. Regardless of how it happened, you duplicated a user-made file directly off of the site.

I went ahead and Googled "new netherland alternate history" and the first two images which look like the file in question are both from this site. Unless your search was different and there happens to be another website that had it, than I can understand your frustration.

I also wish for you to cease bombarding my talkpage with your rants (I can see everything you write on your own talkpage). I can understand your frustration but you don't need to be taking it above and beyond, its just an image. I first gave you a warning, which you went ahead and removed (which from my point of view showed me that you willingly ignored this). Because of this, I informed you once again, and now you are going off on an anger rant. This is uncalled for and not needed. I have no intention of blocking your account over this particular image, but continuing to harass an admin will only make this go away. If you wish to take a step back and discuss this calmly, I'm all ears. If you simply wish to get your frustration out, please take it elsewhere. -- NuclearVacuum

Hi, and welcome to the wiki. I saw your most recent message about duplicates. When you duplicate, they aren't saying necessarily that you made the same file, so saying you found it randomly on Google images is irrelevant. Any file that you upload that is already on this wiki is considered a duplication, no matter where you found it. For that reason it was deleted. Before uploading a file try to search for it on here first, and if you need any other help feel free to message me. Hope that helps, and good luck. Mscoree (talk) 15:11, May 10, 2014 (UTC)

You have now uploaded your third set of duplicates.

Once again, you also uploaded a site user-made file. You have been warned, and from your outburst a few days ago, you will be getting a weeks suspension. If you continue to duplicate following this block, you will be blocked longer. I will also block you if you return and have another outburst. -- NuclearVacuum

WHAT, you noted that Fix it Felix jr. has nothings to do with Netherlands. NO! As of course, The Dutch has already made this character will been added in after-ww1 for 80 years ago. Also, Germans do not invade Poland and helping fighting against Nazi British, France and Italy in WW2. Does not show again!

It looks like the issue with Alternate Nations 3 has already been resolved. I believed he previously served a ban for his actions there. As for his own timeline, he's free to do whatever he wants with it, no matter how nonsensical and random so just leave him be. Mscoree (talk) 20:44, June 9, 2014 (UTC)

Recently, you created a page called 'Romulan Star Empire (The Battle for Earth)'. The contents of this page were primarily spam and random pictures. Spam is not tolerated on this wiki. I don't believe in blocking before warning, however, so I'm going to warn you. If this happens again, you're looking at a ban.

I've added you to the Centrist Party. For future reference, know that you are free to sign up yourself for whatever party you wish. Thanks, Mscoree (talk) 12:29, June 16, 2014 (UTC)

Re: User inquiries on my dictators poll== There are to be 4 polls of 11 dictator and then a final winners' run-off poll. Pol Pot and Saddam Hussein are on my list for poll #2. Admiral Tojo is in poll #3. (Yep, even Miguel Noriega and Papa Doc Duvalier face a poll (poll #3) Bashar-al-Assad and Vladimir is still in office and so we don't know their legacy yet. The 5th poll is a grand final between the winners of the 4 earlier polls.Whipsnade (talk) 17:13, June 30, 2014 (UTC)

I do not know what happen between you two. But please, do not do a war editing on TSPTF talk page before you get a harsher warning from an admin. Please refraining yourself from having such reporting-deleting on the TSPTF talk page and please considering to solve your matters with Eric nicely and peacefully. More larger a dispute, more annoying for other users that not even on it. I hope there will be no more quarelling between you and Eric. :)

Alright, then. But, please do not bring your quarelling with Eric to the TSPTF talk page, the admins will not like it. You rather solve your dispute with Eric privately and peacefully.

But first, tell me, how old are you? You do not need to answer it if you feel do not like it. :)

To add to what Stooge is saying, Eric is allowed to delete your warnings since they are not official warnings. Actually, I've seen people get in trouble for dishing out warnings when they don't have authority, so I'd curb that if I were you. Edit wars, however, are the real issue I'm concerned about here, so thank you for bringing that to someone's attention. CrimsonAssassin-See you, space cowboys 13:02, July 9, 2014 (UTC)

You have recently uploaded your fourth duplication onto the site.

Your account will now be blocked for another week. -- NuclearVacuum

The British have made good relations with Moderna, Greece, the Ottomans, the Boers, San Marino, Oldenburg, Prussia, Japan, China and the Netherlands. The River Nile-2 (talk) 22:54, September 3, 2014 (UTC)

I decided to do a different Map Game. I'll put it on the Map Games wiki. -

It's a future map game called Collapse of the Commonwealth. I haven't created the page yet but basically what happens is that the Commonwealth collapses and two nations (Australia and Canada for sure but maybe even more) collapse even further and each state/territory/province becomes individual soverign nations. -

It'll be open for all people that wants to join when it's finished. -

As you can see in the history of the page, said anonymous user made two vandalism edits. You undid one, I later noticed that you missed the other one and undid that one. Lady Lostris (talk) 16:42, September 18, 2014 (UTC)

As was stated on the talk page when you asked this same question, any one is allowed to join. There aren't any signups, just start writing articles or helping out. Mscoree (talk) 18:58, September 18, 2014 (UTC)

Senators are more like hypothetical positions. If you are a member of a part who has members in the senate, then for all intents and purposes you are a senator. Mscoree (talk) 10:23, September 22, 2014 (UTC)

I'm currently inactive on it. Is there something I can help you with? -- NuclearVacuum

While I'm currently inactive on it, I will likely go back to it soon and I always keep an eye on it. You sure you didn't want to discuss something in regards to the timeline? I'm all ears. -- NuclearVacuum

I see you are not pretty active. Would you like to give me control over Lesser Poland?