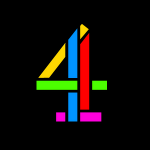 These things were destroyed on Doomsday, and there is no need to write articles on them. Please quit doing so.

Doomsday by US states

Please don't insert incorrect information to pages. Of you believe something needs to be altered make mention of it on the talk page. --Zack 03:50, November 1, 2010 (UTC)

Numerous objections, pointers, and issues with this article have been made, yet you have ignored them completely. Please have a look at the article's talk page and the main Doomsday talk page. Failure to take all of these into account will end up resulting in this one being made obsolete, like all of your other articles. Lordganon 09:28, March 18, 2011 (UTC)

Did Alternity's creator give you permission to edit his timeline? If not, you should probably relent from doing so until you ask him.

Hi! I noticed that you've been working on Ohga Shrugs a fair amount, and would like to say a couple of things. First of all, good job! Your contributions have been significant while being consistent with the timeline. However, for future reference, could we discuss what additions and changes you make? I consider Ohga Shrugs to be my "baby", and would like to be involved in these still-early stages of its growth. For example, after you added a new Kirby game, I wanted to be involved in its sales figures, etc.

That said, I'm looking forward to working with you on this. Is there any aspect of gaming history you're particularly knowledgable about? I admit, my knowledge of Sega and the PC market could be better, as is shown by the high proportion of Nintendo articles. Can you help me expand those parts of the timeline?

Hello again. I wanted to talk about the inclusion of the Game Boy 2DS in Ohga Shrugs.

Basically, I'm hesitant about introducing it. In the Ohga Shrugs timeline, the 3DS XL only just got released. Releasing another Game Boy sku just a couple of months later seems to be rushing it, especially since Nintendo is virtually unopposed in the handheld space. I was thinking that we could introduce the 2DS sometime in latter 2014, perhaps launching alongside Mario: Bowser City, Super Smash Bros, or Kirby 3D. Three months after the XL just seems too soon.

Alternatively, if you really feel that the 2DS should be launched in 2013, we can change the XL's release date, perhaps to as early as the Game Boy 3DS launch in 2012. It could launch at a $250 price point to accompany the $200 Game Boy 3DS, and at E3 2013, the 2DS could be introduced along with price cuts for the existing models.

When you create a new article, please do not include information that is simply copied from another website, especially Wikipedia, as that is against the rules of the wikia.

Um....I'm confuse. I dont like when people don't ask for permission to add a page. You could've proposed these idea of.....retailors companies? I dont know how these companies have a major effect on this ATL or a good reason to be in it. Alterman09 (talk)  17:30, June 19, 2015

I made an edit stating that Six Flags Discvery Kingdom in the Good Times Keep Going On universe removed their animal exhibits and shows in 2013 in order to focus more on rides.

In the Good Times Keep Going universe, if Six Flags Discovery Kingdom don't have animal exhibits and shows, they might as well change their name to Six Flags Vallejo. Do you agree?

Don't copy and paste stuff from Wikiapedia for this, write it in your own words!

Many of the files from Logopedia have also been uploaded here. If that isn't the case, please upload the file as they are over there so other can easily find them in the future. Thank you. -- NuclearVacuum

Do i really need Kmart in my timeline? i'm okay with Media on my TL because they're part of culture but.... do we seriously need Kmart?