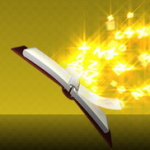 Can I get your vote for the Emperor position? I have supported you economically with loans in the past, and we are currently allied. If you give me your vote, I'll make sure you'll be able to expand freely within your area of the Empire, and I will continue support of your nation. By the way, this is Bohemia. Thanks. Blocky858 (talk) 19:28, July 27, 2016 (UTC)

Name of the Archbishop

Hey Blocky, I've got a running deal going for any country who wants the secrets of the printing press: I'll post about it this turn, but it's the same thing as what Austria took (note that it's edited and is now in 1442 rather than 1441). -Non

Can I be assured that I have Cologne's vote for Bohemia in the Imperial Election for the foreseeable future? If I don't, is there anything that I can give to you insure your loyalty to the Kingdom of Bohemia? Thanks. Blocky858 (talk) 04:33, September 1, 2016 (UTC)

Sorry for the late reply, Blocky - Cologne maintains its loyalty to Bohemia as an ally and at the moment will vote for itself rather than either Brandenburg or Bohemia, but generally disapproves of some of your policies. Given that the HRE states have expressed their willingness to vote for Brandenburg, and so has His Holiness (in secret), it doesn't make sense for Cologne to deliberately ignore the tide of change. If Brandenburg is elected, Cologne will not fight Brandenburg, but will remain your ally generally as long as you remain peaceful. In that respect, Cologne acknowledges that this is a blow to Bohemia - is there anything Cologne can do to maintain friendly relations with Bohemia? Nonsensicaljourney (talk) 00:12, September 5, 2016 (UTC)

Is there anything that I can do to regain the support of Cologne as an elector, and possibly the other members of the electorate? Blocky858 (talk) 21:19, September 5, 2016 (UTC)

It seems that most of the trouble being stirred up is from Brandenburg being dissatisfied with you apparently breaking the Treaty of Prague - what's happened there? There's talk of a war and I'd rather not get involved on either side - we have bigger foes to fight. Nonsensicaljourney (talk) 22:55, September 6, 2016 (UTC)

Hello there! I'd love to make an alliance with you, but sadly all 3 of my slots are filled up. I am completely open to the building and development of relations, though. Perhaps at some time in the future one of my slots can be freed up, and I'll consider making a formal alliance with you. :) — T I M (TSW • AH • MGW • Contribs) 14:47, October 27, 2016 (UTC)

if your still online

i am planning to begin the secularization process pretty soon. check the new turn and you will see my offer to you. With Blood and Iron (talk) 12:23, January 23, 2017 (UTC)

Hey Nonsensical, I was just wondering if you had any more questions about the Imperial Mobilization Act, I saw you haven't voted yet. Let me know if you do.

Hey, hey, hey, it's Election Day! Stop by and cast your vote for the next Holy Roman Emperor here!!!

I actually had the primary title of the PU shifted from Prussia to Burgundy, so now I'm the senior member of the PU, so the HREmperor is going to be more active now. I'm on often so if you ever need to chat, let me know. I am that guy (talk) 02:12, May 15, 2017 (UTC)

Tondo is a major thalassocratic regional power, it has the largest navy in Southeast Asia and monopolizes on regional trading routes, gaining it tremendous revenue. Additionally, it has over ten million people, living in one of the most fertile and resource-rich lands. It can live without aid from a puny German city-state. – † ⌒⌒⌒＼(;ᄋ;＼)三(ﾉ>ᄉ<)ﾉ ~ ("니가먼저키스해!")

Non, I recommend asking Tondo directly, seeing the close relations you've had with them over the years. They aren't really a vassal of china, so there shouldn't be a reason to go to them. I am that guy (talk) 03:10, May 15, 2017 (UTC)

@Candies I'm not planning on encoraching on Tondo. I just wanted to know if I could help. @Iamthatguy, I think Tondo the player is inactive anyway. Nonsensicaljourney (talk) 06:57, May 15, 2017 (UTC)

Hey Non, so with the newly reformed court system I'm establishing, what I want to do (to create as an impartial court as possible) is to have a three man court, with a lawman from myself, a lawman from you, and hopefully one from Austria. I also would like to have the court based in Cologne, to alleviate concerns or fears about the emperors influence over the lawmen. Those men will hear the cases, and come to a recommendation on the action for the emperor to take, who will then sign off on the case. I intend for the signing off to become only a formality, again to alleviate fears. I sent you an envoy in-game with this info, so if you could respond to him I'd appreciate it.

I'd like to do that. I'm mostly on Discord these days, but if you don't have an account there then send me a message and if I'm in then I'll hop chat. I am that guy (talk) 17:43, August 11, 2017 (UTC)
Retrieved from "https://althistory.fandom.com/wiki/User_talk:Nonsensicaljourney?oldid=1481658"
Community content is available under CC-BY-SA unless otherwise noted.