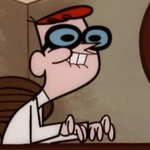 I understand you're more lenient then most other admins in terms of plausibility so I assume Atlantic Resolve is an exceptional case. I assume the amount of territory Russia seized in Europe as well as being able to invade North America are the reasons behind this? Russian victory over NATO would also be ASB-biased even by itself? Experiment632 (talk) 05:03, January 1, 2019 (UTC)

Thanks. Yeah last time I tried to make changes to eliminate ASB tags, I ended up being so discouraged I deleted my timeline. Fortunately I obviously got over it and now realize that my AH just wouldn't work out as I imagined if I tried to avoid the tags.

The likely outcome for WW3 will be a Russian victory. However an alternate ending might describe a NATO victory; how do I tag such a page?

Any suggestions on how I can make my timeline more of an enjoyable read without compromising the events as I currently have them?

Off-topic - Wow that's a relief; when I opened your talk page, I saw that my post was the only one and thought I somehow accidentally vandalized your talk page. I calmed down of course once I realized you have your talk page categorized by year and I just happened to be the first one to post in 2019. Experiment632 (talk) 06:11, January 1, 2019 (UTC)

So World War III without nuclear escalation is pretty much destined to be marked as ASB and that in my timeline the U.S. would've launched a nuclear strike at the very outbreak of hostilities? Experiment632 (talk) 17:33, January 2, 2019 (UTC)

My apologies plus alternate communication

Yeah I serious apologize for my spamming. I realized that my questions could be seen essentially as advertising my alternate histories which is very bad wiki etiquette - not to mention spamming - to do so on a talk page with ignorance to that being no excuse. Hince my withdrawal of my questions.

Is there an alternative means of communications instead of the easily accessible talk page such as email? I assume as an admin you have access to my email so I won't need to post it in talk?

Hi Nuclear, could you please undelete this file? R1 is different from R2 as both show the results of different rounds of the same election. I just haven't gotten round to using R1 yet. Thanks. — THE TIM TAM IS MY SPIRIT ANIMAL (TSW • AH • MGW • Contribs) 23:14, January 6, 2019 (UTC)

Hi, just noticed you'd uploaded the Argentina-Uruguay flag I made for a Reddit thing ages ago, absolutely no problem, thanks for the compliment in fact. Have added a template for creative commons release under the licensing, hopefully did it right. Cheers, Frond.Frond Dishlock (talk) 00:45, January 7, 2019 (UTC)

Why have you deleted the stuff i made? It was the first time i wrote here and i was really proud of it.

Sorry, you did not delete them, but the links dont work anymore, why?

I assume due to the global conflict between Russia and NATO, the likelihood of North Korea invading South Korea increases dramatically and could very well be inevitable? Experiment632 (talk) 18:57, January 12, 2019 (UTC)

Hi, hope you’re having a good day. I was just wondering why you deleted my image: File:Europe (German Heritage).png. Could you explain? Thanks for your time. AlthistWriter (talk) 17:26, January 14, 2019 (UTC)

A bunch of articles that were deleted both recently and a while back are "trending" for some reason. Is there some way to put a stop to this rather confusing glitch? Experiment632 (talk) 17:47, January 14, 2019 (UTC)

Hi Nuke, sorry for bombarding your talk page. I was just wondering if I could have permission to rename images such as this one to a more correct title (such as Donatus, Landgrave of Hesse.jpg). I’ll obviously change the file on affected pages as well. I kinda think it will make finding specific images on the wiki easier. Cheers AlthistWriter (talk) 09:07, January 16, 2019 (UTC)

In light of America losing World War III, would a total elections be held so all three Senate classes, all House seats, all governorships, and the presidency are affected? Or should only the same offices as OTL elections (minus occupied states/counties) be involved in the elections? Which Third-Parties you see getting more votes then the Democrats? Experiment632 (talk) 17:19, January 17, 2019 (UTC)

How long would it probably take for the Russo-Northwest Occupational Government to convert into the Cascadian Federation and the Russian Protectorate of Alaska?

You think the RNOG would remain afterwards or more likely officially convert into a CSTO/SCO Multinational Force?

And how long til you see Russia tiring of Lana Lokteff's Alt-Right government to the point they decide new leadership is needed for the new country? Experiment632 (talk) 05:21, January 21, 2019 (UTC)

Vandal is back at it again

User:Eseseso is back at it again. Never gave this guy permission to write more 21st Century Crisis articles, he needs to go find his own timelines.

As a matter of fact, I just checked again, he's gone all out and began vandalizing my articles, again.

Thanks for your nice and long message, it been a while old friend :). A good reply for me is long overdue.

I think adding the ethnic groups' category to the national template is a cleaner way to get the same general objective - that is making the ethnic group articles more accessible then what I proposed. I also like the flags you added to the ethnic template- they look really nice.  The only other thing I might do about making the ancestral group articles more visible is replacing Wikipedia links of ethnic Russian articles to the articles here, but that is not a large issue.

I have wondered about the history of colonial British Columbia, and your findings certainly provide insight. Given Alexander II's policies, your ideas make sense, but the later reversal of these actions will certainly still result in later conflicts in the 1930s.  I do like the idea of a soft Russian impact in the region because there would be a reasonable fear that the isolated land may be depopulated or gasp- left to the original natives if the English were not treated with some level of respect.

I think  John McLoughlin should be in the Doug article, and perhaps he could even have his own article to go into the ahistorical situation.

I have some requests, I hope I am not asking too much haha.

I also wanted to ask if Leo Tosley could immigrate to Alaska, and be a symbol of Russian-Alaskan literature at this time, but it's highly speculatory. I continue to think more and more about a possible -Alaskan Culture article that will include all kinds of things like literature, architecture and music

I was also wondering if I could create a Black or African Alaskan article, (assuming they are about 1-3% of the population), with maps showing very long continental migrations.

Then I was thinking about getting around to writing about the 'Mongol Town' I mentioned before that might exist in Sonoma, as a distinct place to be put on the map.

To be honest, this could be dangerous as I keep thinking about more and more things I could do with your permission, I think I really like this timeline because of the parameters of writing about a country that didnt really exist at all in real life. There is just so much to illustrate here. It makes one wonder of what really definies- this place?

I appreciate that you approved of the cusine :). Little details like that, bring all of those paragraphs of historical description to life.