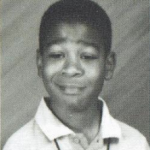 aka I'm not a Fedbab

Hello, Argentina here, I was wondering if we could create an economic treaty for oil producing countries. Let me know G greg e (talk) 03:48, April 14, 2013 (UTC)

Rise of the South

I believe rise of the south has started and i dont think anyone took the time to send out notifications for it. So yeah its started enjoy the game :)

Listen, Razor, as you are reached 200+ edits, you are just eligible recently for voting. So, that is better if you are re-vote on the nomination, delete your old votes and put the new ones as the old ones supposedly are illegal votes as you were voting at the time your edit count still below 200. FirstStooge (talk) 17:25, January 20, 2014 (UTC)

I have removed your votes, considering that you spam-edited your own user page to "meet" the requirements. You need to actually make constructive edits that are not spam.

Consider this a warning.

My "opinions" had nothing to do with it. Not that I have any idea how you voted anyway.

Fact of the matter is, you made many tiny edits to a page, in an effort to clear the requirements. Your later edits to "make up the difference" were still full of these kind of edits.