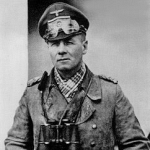 Hey, I'm Saxony in Treaty of Amiens, and I just thought I'd drop in and say hi. Sadly, you seem to view me as a rival for influence in Germany, but I think Bavaria and Saxony have a lot of mutual interests. Obviously, you want a sphere of influence in Southern Germany, while I want the same thing in Northern Germany. If we recognize and respect these spheres of influence, we have no reason to come into conflict. In fact, I'd rather to cooperate with Bavaria to exclude the great powers from Germany.Shikata ga nai! 21:54, May 25, 2015 (UTC)

Hello, I agree that it would be very benefical for us to work together.  Being land locked in the middle of Europe I do have some concerns about trade and influence.  Eventually I would like to control a port on the North Sea and have it connected by railroad to my lands which would pass through your sphere of influence. If you are ok with this idea im sure nothing can stop us.  Redbaran45 (talk) 22:29, May 25, 2015 (UTC)

Hello, Redbaran45! I've noticed that you have not been very active on Treaty of Amiens since Dreamcaster announced its closure. However, the game never shut down, as it is now under new management. Please do return to the game — we would really appreciate it if you came back and helped its survival! Thank you, and we hope to see you back at ToA soon! —The Tim Man (IH • GC • TSW • AH • Contribs) 02:45, June 12, 2015 (UTC)

Will you (as East Germany) aid us (Great Britain) by funding communist movements in the remaining British colonies. We will pay you back with whatever you like if you do so. Thank you. OMGdidiwin

Germany is a full member of the EU. Please feel free to vote and debate at the 1962 EU meeting. ^_^ OMGdidiwin

i propose in the post war we contiue the union but as equals and we each post for ourselves but include intercooperation would you be down for that? the Franco-german union will act as a core for the european union to work around and it will give us a much larger position within the union. Can you come onto chat so we can talk about a few things just hit the join chat and we will be ablw to talk about a few things. With Blood and Iron (talk) 01:55, November 23, 2015 (UTC)

This is a notifcation to say Act of Ambition (Map Game) the map game which you signed up for has started and therefore you can now post your first turn on this new game. Person67 (talk) 17:54, May 31, 2016 (UTC)

http://mapgame.wikia.com/wiki/World_War:_1913_(Map_Game) the game has been moved due to a urgency to play-Orwell

Could you send me a personal message in the discord chat to discuss some stuff? I'm the USA. Thanks anyway ~BearCavalry
Retrieved from "https://althistory.fandom.com/wiki/User_talk:Redbaran45?oldid=1661355"
Community content is available under CC-BY-SA unless otherwise noted.