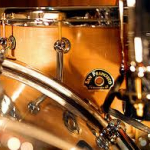 Sorry, the only thing I know how to do is correct spelling and grammar.

I only know spelling and grammar.

Hey there. I appreciate your concern, and would like to thank you for reaching out and giving me a chance to clarify any misonceptions you might have. While it is true that the Liang have been...sparse at best regarding their war tactics, and have skipped a few turns. (Due to no fault of their own. The person playing as the Liang told me in the talk page that he or she was having problems posting, possibly due to the length). However, keep in mind that, while a nation may not actually be going into detail on how they go about their defense, they are still defending, just possibly not in the most effeciant way. It is for this reason that the Liang are still putting up a fight. Furthermore, it should be noted that the structure and organization play a crucial part in the success of a nation in a war. In this instance, the Liang are a well established dynastic kingdom, whereas the Gokturks are more of a sprawling group of nomads controlled by a ruling clan, though you have obviously chosen to improve military structure. For this reason, the Liang have slightly better organization, as well as established defenses such as castles and forts, and finally, a higher population. I hope that I've managed to clear things up a little bit for you, and if you have any further concerns or questions, by all means, please message me. I really do appreciate feedback like this, positive or negative.

Again, thank you for reaching out to me. Keep in mind that while the Liang is gaining territory, it is territory that was originally theirs. I agree that they cannot push into, for example, your territory, but by all means, they are capable of pushing back into conquered territory, even if they are inactive that turn. That is just the way I run territory sequences in my map game. I'm sure other people do it differently, and I apologize if this is not the style you are used to. Regarding algorithms, I would love to be using an official algo, but the unfortunate reality is all of the algos proposed on the talk page have been ineffective, and often times unrealistic. To remedy this, I've been working off of a combination of several algos, as well as common sense. It's not fool-proof, but it works pretty well. If you or anyone you know have an algo that you believe will work, by all means, please post it in the talk page, and I will read through it and run a few trials with it. I hope I have answered your questions.

If you had read my message you would have realized that I said I do not use an algo that was proposed in the talk page. Also, just a reminder, with the RNG, the Liang would have won if we were using that algo. Additionally, not stating your army size does not make it smaller. One thing I will agree with you on is descprition of tactics aiding you...which it did. You are literally winning right now because you used surprising tactics. Again, I will reiterate, if you dissagree with with the algo (one I am NOT using) make a new one. I am completely content with the decisions I am making right now, and if you would like a change to be made, please post an algo proposal in th talk page. I reject your accusation that I am "Cheating the war" and would like to remind you that I am not playing in this game. I have zero stakes in the game, and could not care less who comes out on top. All I care about is making realistic alternate history. I hope I have finally cleared everything up for you, and, as always, I am always willing to speak with you. Hostile language, however, does not help your case in the slightest.

I love the proposal! I will try it out on a couple of different fronts, and if it works, it'll stick. My only suggestion is that there be an RNG of sorts, just to allow a little bit of luck to factor into the equation. I'm glad we could work this out, and I'm sorry for being so harsh-tongued earlier. If you can fit an RNG in it, please, by all means, send it to me, and feel free to post in on the talk page for everyone to see.

Follow up question, could you explain the "War Monger" aspect? I don't quite understand it.

I was wondering how you do the accents on top.

I copy and paste.

All I can say to you is that sometimes things are inevitable, and there is little to nothing you can do about it. One thing I can say, however, is that you are not as powerful as you may think you are, and as I have said to you before, you do not have anywhere near 1,200,000 soldiers. In fact, your population is not even that high. Instead of focussing on the numbers, focussing on other aspects may help.

Pls pm me on chat to talk about you joining the Entente.

Hello Revolution9, just to remind you, I am player of Persia and my nation has been free of western rulers. Persia has been united and free from Russia. Hope you can edit on the map some time!

Sure, you can be mapmaker :) put your name down!

That's the current World Map and since you're map maker, could you make it more updated for 1746? You could also get another 1746 map. Thanks!

You're also a mapmaker, BTW.

As I said, I know it's an issue, but I'm trying to figure out the algo in a new way. The issue is that the way I have it now, you divide part of a country's score by the number of fronts. However, Russia would put about 90% of its troops to the Eastern front, and only a few to the West, so I felt that it was unfair to Russia to do the algo, until I fix the issue and think of a better system. If you have any ideas for a better system, please tell me.

I know there have been some issues, but I'm trying to improve the game, especially the realism and plausibility of the game. That's why I made a mod event for Spain and Italy to declare war, as they would due to their alliance (and I had previously talked to the users) but were inactive. Portugal would as a result of British pressure and Spain's declaration.

I'll continue to try to fix and improve,

I tell people I'm like the English professor in the Men's Room. I don't write on the walls - I just correct the spelling and grammar.

Sorry for the late reply! I have gave you back some land and the map was made wrong. Sorry for that.

the map was approved by tao. talk to him if you believe i am cheating There is a god... And his name is FIRES

Excuse me sir, but your country on Global Pacification doesn't yet have a page, and this violates Rule 2: "With every action you take, you need to keep a record of all actions undertaken by your nation on your nation's page, for example Hungary under the history section."

Thank you in advance for resolving this issue,

Sorry to keep pestering you but we really need the Map done for The Imperial Wars.