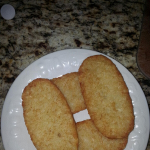 Yes.i had no idea what you were trying to say.and anyway, you still haven't answered my previous question.--Collie Kaltenbrunner (talk) 08:36, April 25, 2014 (UTC)

As I already stated on the talk page, the Waikato expanding across New Zealand, population and military-wise, would be the equivalent of the Chinese expanding across Mongolia. Very few people and not enough resistance. It's one very big nation taking over a bunch was very, very tiny tribes. But I completely understand your concern. But do realise this. I only have one hundred years to expand and consolidate my lands before the Europeans/vultures (Feud, Sine, Nk, and Andrew) are allowed to colonize Australia, and by extension, New Zealand. I'm moving fast as a matter of survival.

You can use Paint.NET to colour something. It is similar to paint, so you can edit the limits. The fourth tool from top down in the left column of the tools section, the "magic wand" (shortcut: S), lets you count the pixels of an area of similar colour. Fed (talk) 21:22, July 3, 2014 (UTC)

Hey I wasn't staying last time as circumstances for me changed and I won't really do it now. If I am here then I'll just be around giving my two cents and maybe finally doing my own timeline so it leaves the 1920s. But I found out that I'd want to change a lot about it as I learnt more about history while travelling Asia.

What the hell happened in pm3

Hey are you alright? People are worried man. Saor in aisce Tuaisceart Éireann

Retrieved from "https://althistory.fandom.com/wiki/User_talk:Saamwiil?oldid=1088311"
Community content is available under CC-BY-SA unless otherwise noted.