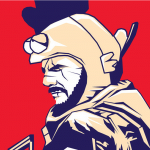 Please sign on the treaty page and leave your proposal for Baghdad there. Andreas.martonosy (talk) 01:25, September 5, 2015 (UTC)

What do u need help with? Today and tommorow I'll be online most of the day due to it being a Weekend.

It's all right i got it.

Near Eastern Union (Dawn of War)

I've noticed you're playing as a free Syria, and I was wondering if you'd like to join a possible political and economic union of mine, the Near Eastern Union. I'm playing as Turkey, and I was planning on brining several of our neighbors under this possible organization to promote anti-imperialism, democracy, modernity, and essentially, bring us to the world stage.

I also want the NEU to be welcoming to those governments who are wary of the militaristic European Union and the autarky that is the Southern Defense Pact. I am a member of the SDP and an observer of the EU, so I get a first hand look at the goings on of those organization, so I have a bit of experience in organizing a econo-political union.

Are you interested in the NEU? If so, message me OR post on the Dawn of War page saying you accept the invitation I sent out in 1953.5.

The link has the three maps I found. - Scar

I also put the links of the pics so you can see it better if the ones on the document were too small to see. - Scar

Hello the Imperial Wars Map Game hs begun. Thanks for signing up hope to see you contributing.

First of all, thanks so much for making the map.

Hello! Welcome to our map game. Could you please sign you user name next to the faction you are playing as, please. Thanks! Victor Troska (talk) 15:09, December 23, 2015 (UTC)

Just wanted to let you know that the game is now going to only be on the mapgame wiki. Which rebel group would you like to be, if any? OMGdidiwin

death to the suadi roayl famliy

You can go ahead and attack on your first turn. I would like to thank Feud for making Borealia possible 03:32, February 14, 2016 (UTC)

Boz, um, I like what you have done on the Middle East but there is some mistakes. The Middle East goes to hell in 1957 with most of Africa in anarchy by that point. Israel in the meantime fortifies itself and well I guess Israel takes the Golan's and the Sinai in 1970 like when you have it. Egypt is in anarchy but the area around Cairo and the northern Nile on the med are under the State of Cairo's control. V1 spreads into the Middle East thanks to traveling from Sudan to Arabia. The V1 starts in I guess Western Saudi Arabia and spreads north. Turkey is thrown into hell by '61. Iran's shah has fled to the USSR after outbreaks and riots in Iran god knows when in the 60s. But I am not really focusing on some areas. So you can have fun with the Middle East. But there are some European colonies in North Africa like Western Sahara is part of Spain after a deal with Morocco. The Algerian coast with Algiers itself is New France, and Sicily after breaking from Italy controls Tunisia but whenever it falls under Sardinia's control because that's were the Italian government ended up. And Libya is still there but a little smaller, its capital is in Benghazi. One more thing is that V1 is lethal, its just has the more chances of turning some into a hollow body (pretty much a zombie), and they can only be put down the old fashion way, or a shitload of bullets, decapitation also works.

Hi Bozistan. I'm just here to inform you that your turn on Game of Nations has commenced, and that you are now free to post your nation on the main page. Please do so within the next 24 hours, or you will be moved 5 places back before your next chance to post. Also keep in mind that you must create your nation's page within three days after posting. Otherwise, your nation may be deleted. Thank you! — T I M (TSW • AH • MGW • Contribs) 23:05, July 4, 2016 (UTC)

Here is la map of a world were the Revolution never happened.--Orwell

I like the idea with you page on Libya, though I would like permission to edit (for grammar purposes only)

I would appreciate your expertise on the middleeastern nations, as I know little excluding their more recent OTL history. I can patch you into email conferencey thing if you wish, just email me misterrioter@gmail.com and let me know. Therubbleoroursins (talk) 14:14, July 15, 2016 (UTC)

Bozi, the mods have a way to resovle the Crusade without an algo, if you are interested.

The idea is to let MP keep Byzantium for 10 years, then allow you to take it in a role-playing war. Everyone wins. In the meantime, you can go ahead and take control over the rest of Greece.

Regardless if rimp gets involved or not, you should really stop attacking Constantinople until all the crusaders leave, before you can think about retaking it.

If possible, talk to me in chat before doing your important thing. There are strategic things to be discussed. If not, leave me a message on my talk page -Nate

Ok sorry, but I need you to talk to me again before you post next -Nate

The Abbasids have just been defeated, so... Ottoman Empire is kinda doomed. We might just want to Unite Arabia as soon as possible...

Return to chat real quick. Need to ask you something.

Yo. Please do not ally with the allies, as i need to ally with russia to prevent afghanistan from becoming a warzone. (i need to give russia free passage.) The Brits are going to invade, and I need to use the mountains as a natuaral defense.  but if you ally with britian this union will fail as a result.

As a suggestion, I see the mod event on Crimea to be a great opportunity to expand. Ask it to be your vassal, then start sending colonists across the Black Sea.

Greetings. I am now playing as Gurkani Sultante. Nathan informs me you are interested in invading Europe. I would be interested in assisting you in the invasion, and Gurkani is now Sunni. I believe that a Gurkani-Ottoman force might be able to seize Constantinople. So would you be interested in an alliance?

Don't even try invading Persia. If you want a war, very well, you will get one! Or if you don't want a war, I could send in an Army to help you push the Bulgarians out of Trebizond. Ultimatley attacking would be unwise, and the Abbasids likely have no interest in joining in the invasion. But hey, your choise. I might have to crush both you and the horde. very well.

Come back to chat

Hey Bozi, Yes, I am in fact a mod in PMIV, and on reflection, I will grant your request. Given Morrocco's location and ATL history I think it is acceptable. However do not go overboard, make sure you start small, maybe try first with the smaller Caribbean islands, or the Venezuelan coast. Also please fill in the dates and purpose sections of the table. Also, do not be surprised if the Hospitallers in Bermuda try to make things difficult! Callumthered (talk) 11:59, January 6, 2017 (UTC)

I withdrew my troops from South Yemen

I have decided to withdraw Turkish troops from South Yemen so a ceasefire can be reached.

That's what is implied in the clause about inteferring with the monarchies in the Arab world. I couldn't specifically say Magharib or that would seem out of charactar Oh, I didn't mean to push that button! † Oh, well leave a message I guess 07:16, January 14, 2017 (UTC)

arms for the Insurgents

So, next turn in RoTA I will join the Islamic military alliance. However, Dev, has just joined as India. I will remind you that on map game wiki he once invaded me when I was playing as Pakistan. So we need to consider this threat.

I finally understand your frustration as Nathan's ally

Well, I remember when you were the Ottomans. Nathan kept limiting you. Well, I found out, that Nathan broke a promise he had for me. Despite the fact I had put effort into Islamizing Majapahit, and promised me my fair shair, he just claimed it all as his own. So yea. This is the second time he has overpowered me.

I highly advise you not try to convert the Mapuche. If you try, they will wipe out your whole colony! They are great fighters, and many still practice traditional beliefs today. I advise against converting them simply because you believe it is right, as they will get pissed and out your colony. - warrior

With the war in Benin, please do not forget to change your turn to remove the protection of Mali so as to ensure the negotiaion of Benin goes through. I promise that no implausible expansions by the enemy will take place in the region.

Since this is what we agreed in chat, I will assume that is what you want if you don't get around with changing it.

Khartoum wasn't really a city yet in 1686. Sudan was a backwater back then, most of it was tribal. You want somalia on your side.