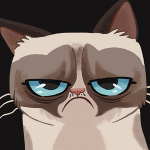 No problem, always happy to help.

Sure, it's totally alright. Go right ahead.

Thank you very much, I did for a while but that was many moons ago! I'll definitely read more, but I just felt the aggression and arrogance shown was a little much for me. I fear those who do not study history forever claim to have mastered it, while those hat have studied history know how much there is to learn.

Fair enough on that

Hey Sim, good job with you and Sky fixing stuff btw, really appreciate it. A few Portuguese posessions were missed out or misplaced in the map, so here's a corrected map of them (only Portugal's stuff is corrected, the rest of the map is outdated I think).

There's a few things that will be tricky to spot so here's a list. 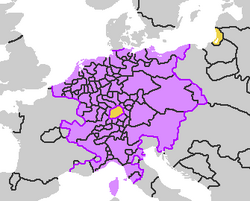 Why did the HRE became a mega war? I mean its just me Florence and Brunswick-Luneburg versus Württemberg, Rex changed his country from Saxony to Ayutthaya, the Ottoman Empire withdrawed from the HRE, Bohemia didn't join the war and the rest of the HRE protestant players haven't posted for two or three turns. Wrto12 (talk) 12:26, March 5, 2016 (UTC)

Heya! Due to the massive religious implications of the Proestant vs. Catholic, the campaign will allow everyone to join in in a logical way, rahter than a chaotic way. If it doesn't appeal to you after we begin we'll see how others feel. ~Simmy

What i meant is that there are way too few active player on the protestant side (Since Rex changed his country and the rest are inactive) only wurrtemburg and our side has about 4 active nations(players) Austria Poland Florence and and Brunswick-Luneburg so i dont think a Mega War is needed, when i doupt that Bohemia is gonna even join the war. Wrto12 (talk) 16:10, March 5, 2016 (UTC)

Actually WikiBuilder1147 and Belialoftheillusions want to quit their country due to that, the last active protestant player are about to quit due to the Mega War, now that might help me with the war and all, but its not fair...http://prntscr.com/abjn2hhttp://prntscr.com/abjpai Wrto12 (talk) 16:39, March 5, 2016 (UTC)

Just to tell you I have left a response to your offer last year. Basically, I must seek approval from KK to marry one of your princesses as you are a Japanese protectorate and thus under their suzerainty (they can interfere with your foreign relations, even if you're internally autonomous). SORRY WRONG PERSON. – † ⌒⌒⌒＼(;ᄋ;＼)三(ﾉ>ᄉ<)ﾉ ~ ("니가먼저키스해!")

According to Wikipedia: A swath is strictly a noun and leaves or creates a strip of something or nothing while a swathe is both noun and verb that envelops, wraps what it encounters. Deciding which is which is complicated by the fact that the plural for swath can be either swaths or swathes.Feb 9, 2015 I won't go back and change it again, though. BilEoGuy and EoGuy99
Retrieved from "https://althistory.fandom.com/wiki/User_talk:Simmy1993?oldid=1507226"
Community content is available under CC-BY-SA unless otherwise noted.