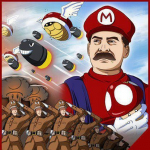 On the newest map you uploaded I noticed you deleted all my edits. Was this done because of an edit conflict? If so remember to download the newest map when adding your personal expansion. If not, please tell me why you deleted everything. I followed the Treaty of Paris line for line, and did everything it said. Also I will have to remove the double borders you added in some places and borders that change colors. Please try to be careful when drawing the borders in the future. Is there anyway I could reupload my map, and then add your changes to it? Let me know. Thanks, Mscoree (talk) 17:06, July 31, 2014 (UTC)

Hey sine, I thought you might take interest the Second Age of Imperialism map game. As you may take notice, there are some spots reserved for users.

The users are selected on their reputation and map gaming experience. Because I have seen you as a suitable fit for one of these nations, I am offering you a spot as a reserved nation. Saturn (Talk/Blog) 20:48, August 2, 2014 (UTC)

Hey, I heard you had a question about something on the moderator page, but I don't think you caught my message asking about it. Anyway, if you have a question about one of the events please see me on there and I will try to explain to you my thoughts. Mscoree (talk) 02:44, August 5, 2014 (UTC)

Also a note for the newest map. I will post a base map for you guys to edit since I need to fix some things in North America. Feel free to add your expansion from there. I will purposely leave your expansion out so it doesn't conflict. Mscoree (talk) 02:55, August 5, 2014 (UTC)

Hey sorry I haven't been able to get a hold of you lately. If you get a chance please message me back. I want to get this map thing figured out. Am I supposed to make a map or not, because every time I do it appears you delete the changes. Would you mind talking to me about the things I posted on the talk page, and maybe point me to an example on the game page where those changes became invalid? Also I heard from someone you wanted to make a treaty with me about something. If it's an alliance I'd be sure to accept, else let me know what's going on. If you see Feud please tell him to read my messages too. I'm not sure if you guys are ignoring me now, but please just send me back a message if you can. Thanks, Mscoree (talk) 23:56, August 9, 2014 (UTC)

Dear Sine dei gloriem, I new new Hungary guy, and have a plan to keep me in the game. If I aid you in fighting Austria I ask only for Bohemia in exchange.

Why did you have to ban me from chat? All I said was that my required changes have gone ignored, like many others' for days. You did the same thing to ms, complaining about his failure to add stuff, and then when people complain to you, you ban them? Doesn't that seem a little unfair? Fritzmet (talk) 23:34, August 8, 2014 (UTC)

Hi, I'm contacting all the major nations in Europe in PM3 to tell you about some royal marriage proposals available this turn, for three different royal families. On my turn there are currently fifteen people who are looking for a spouse, simply reply to my turn as soon as you can to reserve a person. I will be looking over the proposals to try to avoid incest (although a little incest never killed nobody haha), and if you'd like to see family relations yourself, feel free to check out this page, where the family tree is located. If you would like further information or my recommendations for a particular person, message me back with your available children and their ages and I will get back to you as soon as possible. Thanks, Mscoree (talk) 15:44, August 11, 2014 (UTC)

I heard you might be interesting in marrying a French person to Leopold von Habsburg. If this is the case please message me back and let me know. I looked on your page for France and noticed that Elizabeth Valois-Arc would work. Let me know if you are interested. Thanks, Mscoree (talk) 19:53, August 12, 2014 (UTC)

I know you don't want to talk to me, but here's my map of colonies anyway (ignore area around it). Please add this when you get a chance, or at least discuss it with me. The reason why I colonized so fast and arbitrarily was because I wanted to trade back for my original colonies. Here is my idea:

Please consider my idea and get back to me. Again most of the stuff I colonized recently I don't even want, it's just so I can trade for the less valuable areas which have sentimental value to me. Thanks, Mscoree (talk) 23:04, August 12, 2014 (UTC)

The 1848 Game (Map Game) starts on August 20th. Would you like to join? Mexico, France, Netherlands, Brazil, Papal states, Spain, China, Denmark, Japan and the Ottomans are open for picking, as are some other minor states.

heres my edits to the map, Add Collies expansion since he got mad and thought we were ignoring him. The Wings of Freedom #FP

I added the map to the moderator page. I also talked to Euc and managed to resolve the issue with his colony. Basically he has agreed to drop the issue if he is allowed to keep what is on my map (plus expansion). Seems fair to me, since he basically lost everything except for part of the Bahamas and then expanded off that for a few turns. Mscoree (talk) 22:11, August 24, 2014 (UTC)

Hi! First of all, my apologies of starting modifying without contact you: I'm new here and I still don't know how it works. I'm glad you liked my suggestions. Actually, I have a lot of developed info about this OTL that I want to undo but not eliminating it. So, this wiki is perfect for that. I'm happy to spend the whole info that I did if you are interested in developing it.

I never autherized the killing of danes and why would my king do that? This event is asb.

​So can we delete this event I never wrote or said my kig would do this killing. It makes my king look like a bad guy and the Danes could come after me and attack. Who ever did this is messed up. - Scarlet Outlaw.

I am on the edge... The EdgeofNight

We need to talk. Come on chat before 1648 if possible. I'm willing to make significant territorial concessions and become a protectorate to avoid invasion. If you weren't planning on invading me, ignore this message. Shikata ga nai! 14:27, October 5, 2014 (UTC)

I'm okay with you invading me, but can you please do it in like five years? I'm just really busy right now and I can't really handle this. You'll get the same result I'm sure. I'm asking you as a friend and a user who I respect.

On, and when you do invade don't forget to add Pskov, Moscow, and Poland to my side, we have a four way defensive pact.

I did a little research and found out some information on what shipyards Italy has. I'm not saying these are your only shipyards, but these are the ones that definitely are able to build large ships, based on OTL:

I recommend you expand those ones and possibly build more. Also note that the two in Genoa are private companies.

Looking to the future, I offered you the research pact thing in my first turn, and next turn I will expand on it. I designed a protected cruiser that we can jointly build, along with whoever else we get into this agreement, and will put the details in my next turn as well.

Greetings France from the new King of the Cherokee

Hi Sine, nice to speak to you again.

I've joined PM3 as the Cherokee nation so I figure we better establish relations with each other. Basically I don't want the land your nation currently holds near mine, and in fact I want your colony to grow further in land to maybe the size of what you agreed to here, and some. Dividing the interior of the USA south is basically the purpose of my nation and I aim to have it destroyed in about 100 years, and the area divided between you, Hispania and Rome.

The backstory of my nation is that a merchant with ties to Roman merchants in the area did a coup against the old King, so basically we are allies because you helped get my King in power. I will use my alliance with Rome, and further European trade to help expand my Cherokee empire to dominance over the South USA. However as would be historically accurate, eventually I will be destroyed by the surrounding European nations.

How are your relations with Hispania and Rome btw? So I can figure out a good plan/story of how my Kingdom will fall, and the region be shaped by the colonial politics.

I noticed that the year 1700 has recently passed so I will probably begin posting soon again. May I please have a timeframe for when you plan on expanding further in Africa?

I have returned to PM as Britannia again. I was hoping i could make a deal with you. I would like to purchase a colony, in exchange I will hand you Calais. no strings attached, territory for territory. I need more colonies and I understand you want Calais. So I am giving you an opportunity that doesn't involve armed conflict.FOR THE GLORY OF THE PARTY! 20:29, December 6, 2014 (UTC)

I am open to discussion, likley a colony in the New World, I have been gone for awhile so I don't quite remember your colonial holding or their names. I should be on later tonight, if not i am on all sunday

I was wondering if I could possibly play as California in PMIII, since Yunnan obviously isn't going anywhere. I'd like to discuss this with you on chat.Yank 01:51, January 18, 2015 (UTC)

Colonial World has been rebooted! I'm RCC, I got back to this wiki.

Some nice countries are still open, such as Russia.

I'd love if you joined and/or became a mod - you were a great part of the first game and I wouldn't want you to miss out on the second.

BTW, got a new sig xD

Hey Sine, long time no see. Nice to see that you signed up in Ninety Five Theses :v.

Retrieved from "https://althistory.fandom.com/wiki/User_talk:Sine_dei_gloriem?oldid=1270394"
Community content is available under CC-BY-SA unless otherwise noted.