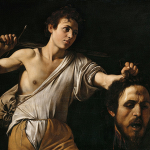 Kongo is now Muslim and known as the Sultanate of Zayiyr. Morroco has been Islamizing it. However, it used to be a religion from Benin called "Kuzirism," but this Kongo isnt the Kongo Kingdom anymore.

I saw you expanded your borders. The way you get them on the map, is by posting them on the "request changes/errors for next version" section.

Make sure if you attack people, you need to make an algo. Instructions are on the algorithm page to get you started, and if you have any questions ask either me or Feudalplague. Oh, I didn't mean to push that button! † Oh, well leave a message I guess 21:39, May 29, 2017 (UTC)

Per your alliance with france, right now, you are in a war with spain. Spain has attacked french zaire, so now oct, the france player, is invoking his alliance with you.

Oh, honestly I just wanted to kill him because I though nobody used him anymore. Since he was quite old (74 years old), I wanted him of before forgetting about him. But hey, if you use him, go for it, I'm happy the mod stopped my kill. Especially since chances are he won't be useful to me anyway, you can use him however you like.

Interesting character. Will probably do a page on him when he finally die, cause the simple fact he was important in 2 nations is quite something.

Greetings. Recently, you have uploaded FIVE files on this site that are duplications of others. Please keep in mind that many of the files found across Wikimedia have also been uploaded to this site — all under the same names and types. These files can easily be found by searching for the file's name in the search bar. If you are using the "visual" mode for editing and uploading, please be advised that you will be required to use underscores (_) instead of spaces when searching for a file (e.g., "Flag_of_Canada.svg" and not "Flag of Canada.svg" [do not forget to add the file type within the name]). In the event that the file you require is not already uploaded to this site, it would be very appreciated that you upload the standard file used on Wikimedia as a courtesy to current and future users.

Hi thank you very much for reading that page, I was editing and due to my bad internet my iPad lagged, when I switched off it was all blanked. Thank you very much. FranzJoseph24 (talk) 19:33, December 25, 2017 (UTC)

Yeah, I can understand that. I used to be Ethiopia and I can say that guy has ruined my legacy, plus he doesn’t really know what he is doing. I can see where you are coming from, but I will say that I would make a great Arabia-Persia (and plus, soon another guy could come around and play as Arabia-Persia and basically ruin the nation with a civil war or some weird revolution, so I personally would say I would make a better player), so I respect your opinion, but if scraw ever responds and accepts my request, I hope to prove to you that I can make a great player. Colgan dog (talk) 17:02, February 26, 2018 (UTC)

Congratulations Solace for your success in the Best New Contributor of 2018 in the Stirlings. Keep up the excellent work!

I am very intrigued by how this whole system works and I'm deciding to join now itself. I am going to need help from you though as I am not that Experienced here. So any help from you will be highly welcome. Sailesh s nair (talk) 03:39, March 29, 2018 (UTC)

Hey Solace, I hope things are alright with you this evening :)

I'm not super thrilled that the Mapuche are being excluded from a fait accompli treaty that basically accomplishes exactly what the Mapuche went to war to prevent (i.e. Argentine's inclusion in a powerful federation with no restriction on its capacity to launch a war of revenge against the Mapuche). This is especially true considering that the Mapuche seem to be winning the war (and certainly would win if, as seems to be happening, Brazil got involved against Peru-Argentine).

For this solution to be at all acceptable to the Mapuche (from an in-game plausibility perspective, considering their fear of Argentine), I would want Argentine to cede a territorial buffer zone, the Mapuche would have to be included in the federalization (or it would have to restrict Argentine's capacity to wage war against non-participants), and ideally the Mapuche would also be able to try and execute Argentines who participated in ethnic cleansing in the past. Krasnoyarsk2.0 (talk) 11:37, May 25, 2018 (UTC)

The House of Kim/Jin is still on the throne, and while China has become a constitutional monarchy, they still retain many executive powers and are roughly on-par w/ the Prime Minister in that aspect.

Historically (in terms of the atl canon), Islam and the rise of a Hui Chinese ruling class was the downfall of the earlier Confucian Ming and Joseon dynasties; from which the current Jin dynasty holds its heritage from as also an enforcer of orthodox Confucianism.

I don't know if I should contact you or Scraw on this, but the map in PMIV hasn't been updated since in-game 1870. This was 16 game turns ago and far exceeds the Map Game Committee's limit. I've already put up an alert in the title, but so far it has not been updated... yet.

piqued mine and other's interest

Pique means “to excite (interest, curiosity, etc.),” as in “The suspenseful movie trailer piqued my curiosity.

Vivaporius: "I don't need a slogan"

if i can get this catheter out soon i'll be better.

I'm not home atm and about tripolitania?

Hm speaking about it

Blapshemy! and hersey!
Retrieved from "https://althistory.fandom.com/wiki/User_talk:SolaceEaSw?oldid=1703912"
Community content is available under CC-BY-SA unless otherwise noted.