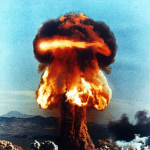 Yes, HSE is that good. I was very surprised to find that you were not an older user.

No worries, I'm pretty sure that HSE won't be classified ASB.

As an fyi - if something is marked ASB, it does not go in a "Timelines" category. Lordganon

You really didn't improve the terminology pages, and just added things that were either incorrect, or untrue.

Yes, it is wiki policy to not shorten timeline names in headings unless they are really long. That one isn't. Really, your other timeline will even get fixed in that regard unless you can get it to be too many pages by the time I get around to it, lol.

Hey, SpanishSpy. I've noticed that you've been making several fixes on pages dealing with punctuation, grammar, spelling, etc. But many of these fixes are one word, and you seem to be editing the same page repeatedly. It would be much more organized to simply click "Edit" on the top of the page and simply read through the entire page, not single words in sections, to fix mistakes. If you are doing this to get badges, that is against the rules. Just a friendly reminder. Regards, ChrisL123 01:41, April 17, 2012 (UTC)

Do not change article names like that, Spy. Doesn't matter how "wrong" the name may be. We only do such a thing if it is either offensive, not following our rules, going to be confused with another timeline, or would be something we could use a disq~ page at eventually. Lordganon 01:26, May 4, 2012 (UTC)

Spy, a simple look at the Korea article would have told you that it was very intact.

Please remember to look around before adding things, and even more so, ask first.

SpanishSpy, I know that you're fixing spelling and grammar, and I appreciate that, but in Battle for Earth Revised, you made several edits. Here is what is wrong:

Please don't take this as rules for all map games, this is just for Battle for Earth Revised. This is just a reminder for the next time you edit the game that me and MonsterPumpkin set up. Just this one game.

Also, I noticed you do little, miniscule edits on page. If you are doing this for badges, well, as Chris said.

Don't worry about it, I have a little Grammar Nazi in me too. :D

Well it is biased because it just says that the USSR will invade the USA. :/

Tipping point you say... well I think I'll remove it then. :D

Thanks for helping fixing English in my Republic Tatara article, but I just wanted to point out that in my time-line, World of the Rising Sun, 'The Commonwealth' always has a capital 't' in it's name, as it's part of the name of organisation.

Though, thanks anyway for helping. ^^; -Kogasa

I know the grammar/spelling/structure it kinda irritates you, I'm sorry.

And it's okay, like I said I don't mind you correcting things in my time-line, I appreciate the fixes. -Kogasa

Fair enough. I'm starting to understand where your going with this. Guess I should drop the 'The' from the title then. Thanks for your input. -Kogasa

Thought I'd leave you a note - there's a [category that the template used to mark articles/timelines that have grammar/spelling problems are all sent to. Not everything there, of course, is from that template, but I figured I'd direct your efforts to these ones, lol. Lordganon 19:33, May 10, 2012 (UTC)

What's this? You're putting "ASB" categories on YAH? If it was ASB, Lordganon would have put it already. I had this whole Q&A thing as to how to fix it. It was indeed ASB at one point, but now, no. Think of it this way: You are a king. All your best generals and other commanders were killed recently. A fresh army is marching into undefended land. Do you lose or do you win? That is the question, and the answer is you lose. Thus came the world of YAH.

Oh, heavens no, that argument is ancient. Refers to an old version where the USA somehow gained Canada and Mexico at the same time, lol. Back when I was more of a noob at althist.

Oh, also, it's good to see that you're fixing things up on the wiki. Keep up the good work!

Thanks for the editing, spanish sky, are you spanish? xD

It's cool that you're uploading so many flags from Wikipedia, but could you stop uploading raster PNG versions with ugly prefixes like "800px" instead of the original vector SVG files? The SVG files are much more suitable for this wiki. — Hellerick

In Wikipedia many images are kept as vector SVG files -- it's preferrable, because it's scable and can be resized without losing quality of the image. But users typically don't see the vector files, they see raster PNG files generated from the original vector files by Wikipedia server.

You most likely right-click the image you see and choose "Save the image as" (or whatever it's called in your browser).

Instead you should left click the image until you see nothing but this flag upon white background -- this is the SVG file itself, not its PNG copy. (Try zooming into the image -- the quality should remain perfect no matter how large the image is.) Then press Ctrl+S or choose "Save as" and you will be able to save the SVG file. These files can be uploaded to Wikia. — Hellerick

How is the new game ASB - Map Game? Does that even mean anything? I added ASB - Technology because it is really ASB - Technology. Is it because we lack a POD? I just created it two days ago, it's not really going to be complete.

Meh, idk. Not too sure about it either.