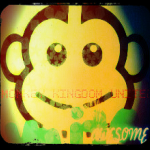 Hello, Supergamer! I've noticed that you have not been very active on Treaty of Amiens since Dreamcaster announced its closure. However, the game never shut down, as it is now under new management. Please do return to the game — we would really appreciate it if you came back and helped its survival! Thank you, and we hope to see you back at ToA soon! —The Tim Man (IH • GC • TSW • AH • Contribs) 02:46, June 12, 2015 (UTC)

Remember when I said I was going to reboot CaH? Well, I'm holding that off. I am making a totally different timeline though, where the White Army wins the Russian Civil War; and there are a few other PoDs (mostly having to do with WWII) including the Japanese Empire annexing Hawaii after their bombing of it, and Czechoslovakia not getting reunited after the end of the war.

Hey in battle of britain map game America is gonna invade you so if you want i could help you defeat him (well actually my alliance British Federation(me),Japan and China),what do you say?

IS correct. Most words starting with vowels REQUIRE the word AN - not A.

an American, an apple, an orange, etc.

Of course, as in all things, there are a few exceptions.

And that'd be brilliant if you could help - at the moment we're working on expanding some of the current articles (especially UK and Scottish Politics) but it'd also be good to move onto more independende movements around the world (and not just in Europe and North America!)

I was thinking of doing something with Tibet, which I am quite interested in. One idea, though im unsure how likely it is, is for a Tibetan uprising (possibly supported by India with China moving troops away with Kashmir to deal with it), which then catalyses an uprising of East Turkmenistan (Xinjiang), Inner Mongoia and Manchuria, as well as possibly an invasion by Taiwan. Again, not sure how likely.

The rebels would almost certainly end up with support from the USA, IMO. I don't think it's implausible, but there is a tiny chance the war would escalate to nuclear war.

Siberia doesn't have an independence movement that's that powerful, but they have a strong-ish movement to get autonomy, considering that they supply most of Russias oil. Western Australia actually has a reasonable independence movement: https://en.wikipedia.org/wiki/Secessionism_in_Western_Australia .  Finally, while any Hawaiian revolution would probably be crushed, there is one: https://en.wikipedia.org/wiki/Hawaiian_sovereignty_movement

Oh, and the Stirling Awards have begun if you want to vote for your timeline:

Your vote for Scotland Says "Yes" would make a tie.

hey America if you help us with the Reconquista of the ottoman empire. we will give you military bases in all conquered lands. give you an easier path to soviet capital. and the iuu will join you. al you must do is be our ally in the Reconquista which goes up to Belarus all soviet controlled land. if you want more all you have to do is ask.

btw the above post is turkey from world order

I already have an ingenious plan, which is going well. I plan on encircling th entire Soviet army, trapping them between the Chinese and Americans. Supergamer1 (talk) 21:32, January 29, 2016 (UTC)

Scotland says Yes won the Best New Timeline! Thank you very much for all your help and contributions, and look forward to more work on the timeline this year Bryce3 (talk) 22:43, February 11, 2016 (UTC)

Didn't the mods say that an alliance between us was implausible? They seem to be divided on the subject. While I won't be allied with you, can we have an informal agreement to declare war on Muscovy if either of us is attacked? Supergamer1 (talk) 15:55, February 17, 2016 (UTC)

Hi Supergamer - I hope you don't mind, but I put a map of the North Sea Oil claims on the Refenda Page after you edited it - do you think it accurately shows what it'd be. I think perhaps i've given Scotland too much of a claim.

Please don't attack people in the Kievan Horde. We need to work together to defend from Muscovy when it arrives. I would like to thank Feud for making Borealia possible 16:44, February 19, 2016 (UTC)

We are uniting the Kievan Horde, sign up for a chance to be Khagan: Kievan Horde proposal

I would like to thank Feud for making Borealia possible 02:33, March 1, 2016 (UTC)
Retrieved from "https://althistory.fandom.com/wiki/User_talk:Supergamer1?oldid=1279673"
Community content is available under CC-BY-SA unless otherwise noted.