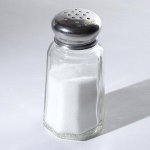 Don't Mess With Me, I'm Captain Rex (Talk to Me)

Hey, I saw that you were playing as Zimbabwe. If your country ever needs an education, I can help build a universtiy, so that you can advance.  Saamwiil, the Humble 22:33, June 30, 2014 (UTC)

Okay, sure. For the glory of the Netherlands (talk)

As Sine and I already explained to Rex, France has no actual control over its fiefdoms. And to be blunt, Normandy is stronger than France ATM. So, in a word, No. Local Mafia Boss (Talk) (Blog)

Hello, my name is Bfoxius, and I am a member of the TSPTF that runs this wiki. Recently I have seen your avatar and on this wiki, we frown on the use of vulgar language in one's avatar, especially in the context that it seems to be in. You'd probably want to change it soon to avoid something nasty later down the road (e.g. a ban of some sorts). Just a reminder.

Questions? Talk to me on my talk page.

Sure, I'll fix it later today.

If you are being contacted it means that you won a free game in the Secret Santa Giveaway. To redeem your free prize reply back to me with your steam username, email, or some other form of contact information, or find me on chat as soon as possible.

Also if you have not already done so, make sure you send your gift to your designated target.

Greetings. Recently, you have uploaded three files on this site that are duplicates of others. Please keep in mind that many of the files used on Wikimedia have also been uploaded to this site — with all of them having been uploaded under the same file names used on those sites (making it quite easy to locate any files you may need). If you are using the "visual" mode for editing and uploading, please be advised that you will be required to use underscores (_) instead of spaces when searching for a file (e.g., "Flag_of_Canada.svg" and not "Flag of Canada.svg"). In the event that the file you require is not already uploaded to this site, we highly recommended that you upload the standard file used on Wikimedia as a courtesy to current and future users.

Please try not to let this happen again. Do not re-upload these files or remove this message from your talk page. Be advised that continuing to upload duplications will result in the temporary suspension of your account. Thank you for your cooperation. -- NuclearVacuum

I have had it with people not letting others do anything with a nation for while. It is annoying, and takes the fun out of the game. As a sign of protest, I have crossed out parts of your turn, some of which actually was implasuible. This was in Diversa Pars. Spartian300 (talk) 10:22, January 19, 2015 (UTC)

Sean, can you post for me in AVAR as New Zealand for 1938.5 and 1939? I cannot because Chrome keeps crashing. This is the turn.

Sean, I still have the problems, it keeps crashing when i edit AVAR. Só can you post for me again?.

Sean, can you post this below Palestine's diplomacy turn below my turn (current year)

Sean, for tve whole day I have been lolooking for users to post for me but but no one has responded, so could you please post for me in AVAR? Here is the turn:

Hello, Sean! You didn't respond to my message on MGW so I'm contacting you here instead. I've returned from my study break and the game restarted a week ago. I'm hoping you can return to play as Novodonetsk soon because there's something interesting going on between Crown Princess Helena and Prince Dimitri! ;) Also there are some requests for you from other countries, so I hope you can check it out soon! —The Tim Man (IH • GC • TSW • AH • Contribs) 09:30, July 26, 2015 (UTC)

Hello Sean, this is a warning that you (playing as Novodonetsk) may be removed from gameplay if you do not post by the end of year 1025 (4 days time as of the writing of this message). If you wish to return to active participation, please post by this time. Thank you. — The Tim Man (TSW • AH • MGW • Contribs) 17:10, September 10, 2015 (UTC)

In that game you put down yourself as one of the players but you haven't claimed a year. You need to claim a year because that is what it's about. :)

Hey what are you doing just taking British India?

I have major rivers in my new nation and you have a colony outside my borders. Would you like to trade and/or create an alliance? Maybe you can allow one of your governors of the colonies to marry one of my daughters from a low wife? I am also willing to let you have the rest of OTL South Africa. Jbwncster (Talk)

I came here for my potato.

I respect your attempt to better clarify this situation, but I will keep my vote until evidence to the contrary is brought up that I agree with. Thank you for your time though.

Well, honestly I'm more-should I say, moderate? Well, eh. I just looked at e evidence and I think there's more evidence for the impeachment than against, but I honestly am considering withdrawing my vote. :/

Sure, try it out. Prince Octavian , of Jerusalem, Sicily, and Swabia, and Duke of Amalfi.

This is a notifcation to say Act of Ambition (Map Game) the map game which you signed up for has started and therefore you can now post your first turn on this new game. Person67 (talk) 18:00, May 31, 2016 (UTC)

Thanks for playing Game of Nations, and I hope it continues to be a fun experience!

-Two wrongs don't make a right, but I'm an a**hole, So what did you expect?

Retrieved from "https://althistory.fandom.com/wiki/User_talk:TechnicallyIAmSean?oldid=1713738"
Community content is available under CC-BY-SA unless otherwise noted.