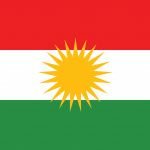 Use this to notify me of my wrong doings.

All new users are automatically in round 5.

I actually don't want to carry our problem to this wiki. But I think it must right here to discuss our problem. So, firstly, to all admins, if I'm doing wrong, please apologize me.

I am sorry, my friend, '16, has blocked you in wiki. I think you don't have mistake and you are not doing something wrong, and I think he doesn't have a reason to blocked you. He is angry and disappointed. Once again, we are sorry. Thanks if you accept our apologize.

But it also happened in a galaxy far, far away, so no. A great idea for a loophole though.

http://mapgame.wikia.com/wiki/World_War:_1913_(Map_Game) The game has been moved due to a urgency to play-Orwell

Yes, you can play as Ethiopia. Also, in future you should end your messages with your signature by writing ~~~~.

Yes you can play again. I hope you learned some more things since last time.

I would like to welcome you to the Belkan empire. just kidding i wont write like that the whole time, this isnt your first day working for google. As it stands im glad you saw some reason in accepting, really wasnt looking forward to a not so fun invasion. As it stands, your getting a deal much like egypt is but Egypt is under some looser control. Which means some solid modernization, belkan companies to help develop resources, and then whatever infrastructure i deem fit. I will more or less not interfere unless you go out of your way to rebel, or otherwise hamper my plans. Rebellion means you get less and less control over the country. Loyalty means, development, some key industries, and of course a Garrison force from which to learn from. You will also be included in the vast market empire Belka holds and controls, and will in fact get some of Europes most well produced goods, and eventually a Railway which will run from Damietta to Adis Adabba. Feudy McPlagueface (talk)

My name is Nathan, I was the former player of the Rashidun Caliphate in pm4 and later player of Ethiopia. I have to say I am very proud of what you've been doing with it since I left. I also hope that you realize that I left Ethiopia in a fairly developed state as of the early 18th century, with reformed agriculture and higher urbanization. Of course, when I left the region, Ethiopia was already a bit behind in technology, so I am very happy to see you focusing on the modernization reforms. I just want to check in to make sure you are aware that Ethiopia should not have any of the issues that may have held back its development in OTL. I assume you would be aware as you've studied the nation page and all, but I just wanted to check in to make sure there isn't any break in timeline continuity.

I am playing as Yugoslavia in The Great Peace. I'd like to invite Argentina to a meeting in Zagreb of multiple medium-sized, non-aligned countries. I hope that I can help form cooperation amongst these countries from several different regions, because there's strength and prosperity in numbers. If you'd like to know more details, message me on discord.

Hey dude i am Tullin Player of Lotharingia and a MDM mod, i need a response for ```

The group under leadership of Antoon Brouwer offering money, trade and taxation upon the traders and their families if he is allowed to set up a small town and port on the island of Ushurutswa. (Player response).```

A groop of Lotharingian Merchants asked for a response for this but i forgot your nation is indeed played by a player (You). AThe groop will basicly offer Money and taxes to you for being allowed to set up a port and a town on the island :D

want to join the discord for the 1898 game. Im the geran player and one of the mods.  I sent you a diplo

Do you have a discord