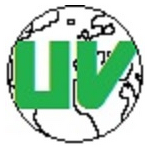 Ill take it then I have permission to write some articles, that does not contradict the overall premise of the timeline. One idea that came to mind, was writing Legacy of the Southern Independence War, and Dixian Art. One thing I noticed is that the casualty rate was far higher than OTL (over two million in total right?) . If this is intentional than the long term fallout from the bloody battles (deaths, and injuries) should get some attention on its own.

It sounds like we may connect slavery, to the end of WWI. First you have to decide, just how industrialized the CSA is by 1910.  You do not explicitly mention it but I imagine the Confederate Party as being a pro-industrial party to feed naval construction and a militarized society. Since there has been many years of Confederate (or at least rule by non partisan generals with a Millitary mind set) I imagine the CSA you have created may be more industrialized than what anyone in 1860 might have imagined. If that is the case the CSA may fight better, then expected (but still might lose, because the North has even more factories and people)

That being said, depending on how the war erupts, the South may obviously may have more internal dissent issues than the North (but don't discount unhappy immigrants, unwilling to face conscription)

In face of a 20th-century total war, and with a downturn in slavery, the CSA if it is ruled by a Confederate President and Congress, may grant manumission to any black volunteers.  But this would raise a mindful of issues (is this done with their master's consent, are the masters 'compensated' for allowing their slaves to go 'free' in exchange for military service, does the CSA with 'evil' designs plan to make promises it won't keep ( a very irrational decision, that military people likely would oppose but might still happen with an Aleaxander Stepehns style guy in charge).

Historically the CSA toyed with this idea when facing total defeat, but it might be interesting if the CSA hatches this idea right at the start of the next war with the north. If the CSA goes with business as usual, their war effort will be weaker I believe.

Also, What will Mexico do with this, surely Mexico and the United States might join forces here.

Hi. I'm a fan of your Brother No More Timeline. It is possible the most in depth timelines on the Wiki, in is truly incredible.

I hope I don't sound foolish, but I was wonder how you make the electoral maps? Nerdpics (talk) 15:54, July 28, 2019 (UTC)
Retrieved from "https://althistory.fandom.com/wiki/User_talk:VaventryWorldwide?oldid=1654429"
Community content is available under CC-BY-SA unless otherwise noted.