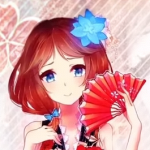 I would like to ask you to see Aweseom history 23's turns as Australia, because it reeks of implausibility. Also. I suspect the 'Lancashire' player to be his sock puppet account. Erizium (talk)

What happened to get me banned

well, I made a post that was crictical of both the two party system in America, and then posted another which detailed some of the postions of what the party would be.

However, everyone called me a bigot because of the point on same-sex marriage, which I am opposed to. I stated that I feel homosexuals try to copy the heterosexual lifestyle. I had no idea it would be taken as offensive by some people, and everyone then called me a bigot. You can check around the 92-95 pages of the American Politics thread for some of the comments. However, without warning, I was then banned. This is my third ban, but I meant no harm to anyone, and tried to resolve the whole thing. BUt there was some other stuff that needed my attention, and I couldn't, so I was unable to resolve it before I got banned. I would have at least liked a warning. Spartian300 (talk) 14:18, August 8, 2015 (UTC)

Hey dude, just wondering what on earth happened to ya. You vanished from LL Wiki as far as I can tell, then I hear your username's popping in and out like some phantom o_O

I would like to be co head mod in your game please?

PS: Please post. If not then I'll remove you as Japan.

About LoE (Land of Empires)

Are we allowed to change the map (territoral changes for nations), and also rename our countries? Mine is Islamic Regime of Pakistan, I want it to be Islamic Empire of Pakistan.

Hello. The Imperial Wars Map Game has begun. Thanks for joining hope to see you contributing.

Could you give Korea independence or make them into a protectorate so I can play as it? There was a candy, and it said, "Bruh, I'm coming for you, nigga. Oi, mate you wanna mate?"

Can I join as Germany in your game please?

Here's the flag you wanted. 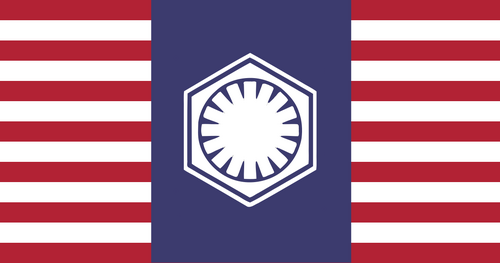 The Rise of Champions

All the shaded in stuff is what China gets by 160 AD, plus the rest of Korea and some stuff to the north There is a god... And his name is FIRES

Hey we need to have a discussion on chat here when you get the chance. I just need to talk with you about a few things haha

I am Joseon, could we trade firearms and military technology so that I can advance my technologic tier? ~Candy

We need to talk about the war we're in against each other.

You know this needs to stop. Candies is already planning on breaking the treaty you two signed, and will grow much more powerful if Korea has Kyushu and Shikoku. This is the conversation on Chat:

I'm considering giving them Shikoku, Hokkaido, and Kyushu just to force you to invade them.

Stop metagaming, and the plan has nothing to do with China and the plan strictly aims to destabilise Japan. All you're doing is lying to WILD, and I don't appreciate this. ~There was a candy, and it said, "Bruh, I'm coming for you, bruh. Oi, g'day mate you wanna mate?" ( ͡° ͜ʖ ͡°)

Please look at the Korean Treaty of Surrender located right below your turn. Also, I've de-friended you for being a paranoid arsehole metagamer. ~There was a candy, and it said, "Bruh, I'm coming for you, bruh. Oi, g'day mate you wanna mate?" ( ͡° ͜ʖ ͡°)

So we talked about this long ago but am I still allowed to make my group the Holy Brotherood? If I can, I was actually wondering if I could call them the Brotherhood of Humanity, dedicated to protecting and uniting humanity, also they want to eliminate Fascism and Communism, could I make this in Land of Empires? If not, may I just keep the Holy Brotherhood? Thank you! ---- Lieutenant113 (talk) 04:27, July 21, 2016 (UTC)

I'm Tondo from PMIV. Recently, I offered Ma-I and Pangasinan (2 Chinese tributaries in the Philippines) to unite with me to form a country. Should they accept the proposal, we would like to become a tributary and continue to pay the tribute tMa-i and Pangasinan payed Ming, on top of Tondo's tribute. Erizium (talk)

In the Duchy of Milan, the integration of Florence and Venice is the primary focus of Duke Gian Galeazzo Visconti.. Additionally, the policy of respecting local customs continues to prevail in Florence and Venice, along with other conquered city-states. Meanwhile, Gian Galeazzo continues to act as a partron of the arts, employing thousands of artisans on the Duomo di Milano and the Certosa di Pavia. He also orders the copying of many rare manuscripts that spanned the reign of the Romans to Charlemagne for his personal library. Posted for lovely Scar by yours truly, WolfyNail.

Pskov: We accept the trade offer from Novgorod, as well as the non-aggression pact. However, we are concerned by the expansion of Russia, but decide no action is currently needed. We seek toimprove relations with the Teutonic Order and Kalmar Union. We send diplomats to the Kalmar Union to begin to form an alliance with them; no such move is made with the Teutonic Order. Posted for lovely Scar by yours truly, WolfyNail.

Sweden: We continue expanding our infrastructure and modernizing our army. We continue the colonization of the Northern lands with grant from Queen Margaret. We ask Oldenburg for trade deals and ask Hamburg and the rest of the Hansa for a full reintegration of Visby in the Hansa along with its previous privileges. We continue integrating Gotland. The Bank of St. Birgitta is promoted as the new bank for the Baltic Sea Trade and make several offers to Novgorod, the Teutonic Orders, Denmark, Norway, Hamburg, Norway and Holland. We declare that Gotland will be ruled autonomously from the mainland, allowing it to have mercantilic laws. We begin expanding our navy as well, and continue Christianizing the pagan Finns in our territory. We begin the expanding of Stockholm, promoting art and architecture and knowledge. We continue our trade deals with the Teutonic Order, Hamburg and Holland.

Me, good at anime-style drawings?

Wait, did they scouted into my Deviantart page? Actually nothing much there save some MS Paint uniform dolls and if I do have drwaings, all traditionally drawn. I can't afford a Wacom tablet in the meantime, so I'm stuck on paper.

Feel free to use my MS paint dolls there if you want to make military uniforms for your nations. In fact I might compile a ZIP file for that, specifically for use in here.

General François Talon was an Lieutenant colonel turned General of the French Army and the Commander-in-chief of French Forces in Indochina. -Orwell

Attention Pagan Conversion Player. The game has finally started, so it is well appreciated if you post. Thank you :).

Hello I need help could you help me? Mathias Voorhees

Hey, I don't know if you saw this, but I left a comment at Talk: Wakanda (Eastern Manifest Destiny). Calling your country Wakanda is probably not OK, according to the rules of this wiki. It's borderline because it seems you only used the name of the country and didn't directly import Marvel's Wakanda. But. Just look at my comment there, and respond please. Benkarnell (talk) 03:41, May 14, 2020 (UTC)

Retrieved from "https://althistory.fandom.com/wiki/User_talk:WILDSTARSKAORI?oldid=1734647"
Community content is available under CC-BY-SA unless otherwise noted.