Incomplete, please do not edit!

This Timeline has been classed as bias (wrongly in the view of the author) i would appreciate readers views on this catagorisation.

Lee and McClellan spent almost the whole of September 1862 looking for each other, with Lee dispatching troopers.

At this moment of national indecision the Confederates received a final piece of luck. Whilst riding home from the White House, his Soldier's Home retreat, on the evening of August 15th Abraham Lincoln was shot. Despite doctors best efforts he died later that evening (it is still unclear who shot him and why).

Lincoln had already been nominated by the Republican-War Democrat alliance that had been called the National Union Party for another term as president, although there was much doubt as to whether he could have won the election. Vice President Hannibal Hamlin assumed the Presidency, although it was clear he would not serve a full term (he had been dropped as Lincoln's running mate in favour of War Democrat Andrew Johnson of Tennessee). With less than four months before the election and only one month after the National Union convention, the party was left without a clear presidential nominee and without Lincoln, any sense of leadership. The party splintered into various factional nominations with Ulysses S. Grant, Hannibal Hamlin, Salmon P. Chase and William H. Seward all being hailed as nominees. Andrew Johnson became the party's official nominee, with Hannibal Hamlin as his running mate (without his consent).

With the National Unionists in disarray it was little surprise that the Democrats won the November 1864 election, with Horatio Seymour becoming the 18th President of the United States. Seymour, with Secretary of State Clement Vanlandingham negotiated a truce with the Confederates in April 1865, and in July the Treaty of London was signed, making peace official. 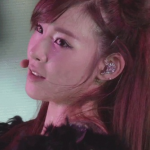